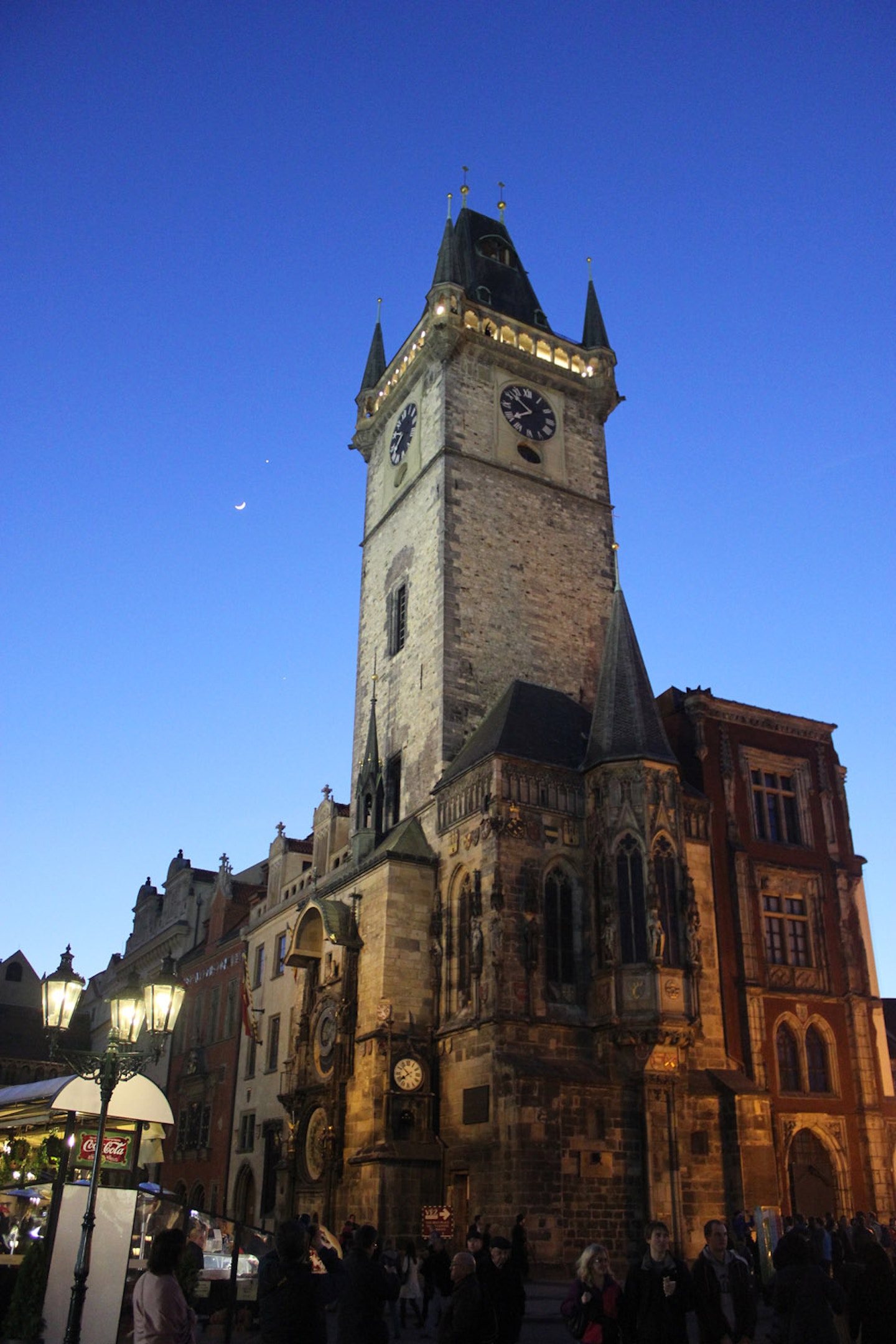 For the past two weeks, I’ve been travelling all over what you can call “Eastern Europe.” One of my favourite cities that I’ve seen along the way is Prague. I might be a little bit biased, considering it’s my father’s hometown, and I already knew how to swear and ask for beer in the native tongue, but there is something magical about this city nestled between hills and full of history.

My first day in the city was spent mostly in the Old Town Square. There was an Easter Market featuring performances, easter souvenirs and even a petting zoo.

There you could also savour “traditional” Czech specialties, like ham, potatoes, sausages and potato pancakes and these mouth-watering fried cheeses.

There were also pastries and crepes and candies to delight.

Inside the square is one of Prague’s biggest tourist draws. On the hour, this astrological clock comes alive with a song, a newly added trumpeter and some marionettes that move. I can’t speak about it personally, because I seemed to miss it every single time I was nearby. This is one of the many reasons I need to revisit.

In the town square, there are many tourist guides, but the vintage car tour definitely had my style written all over it.

Near the old town square is Venceslav square, filled with shopping boutiques, restaurants and “weird people at night.” This statue is of Venceslav on his horse.

Prague has a rich Jewish history, and a tour through the Jewish quarter is a must. This Spanish synagogue had beautiful ornate details.

Inside this old synagogue is where the Golem lives in the attic. The legend of Golem always excited me as a kid, I love ghost stories and legends and one day, my father gave me a book called “Haunted Prague,” next time, I have to come back and visit all the sites with the ghost stories.

Prague is also home to Kafka, the famous existential writer. This statue shows him transforming into a beetle. I still don’t get it.

Around the old streets, you can find gables like this one. In the past, many people were illiterate, and the gables served as an indication as to who lived there or what their trade was. A lot of gables are still around today, some of them are amazing pub titles too.

Prague has a rich musical history, with famous composers like Dvořák who called Prague home. Mozart was also fond of the city, and the film Amadeus was filmed exclusively in Prague. The Rudolfinum is a beautiful concert venue, and I was lucky enough to catch a concert there as well.

But the best part of Prague is without a doubt, the bridges leading up to the magnificent castle, across the Vltava on the hill.

Prague looks even more beautiful at night, and if you can, catch a sunset on the Charles Bridge, the scenery is magnificent.