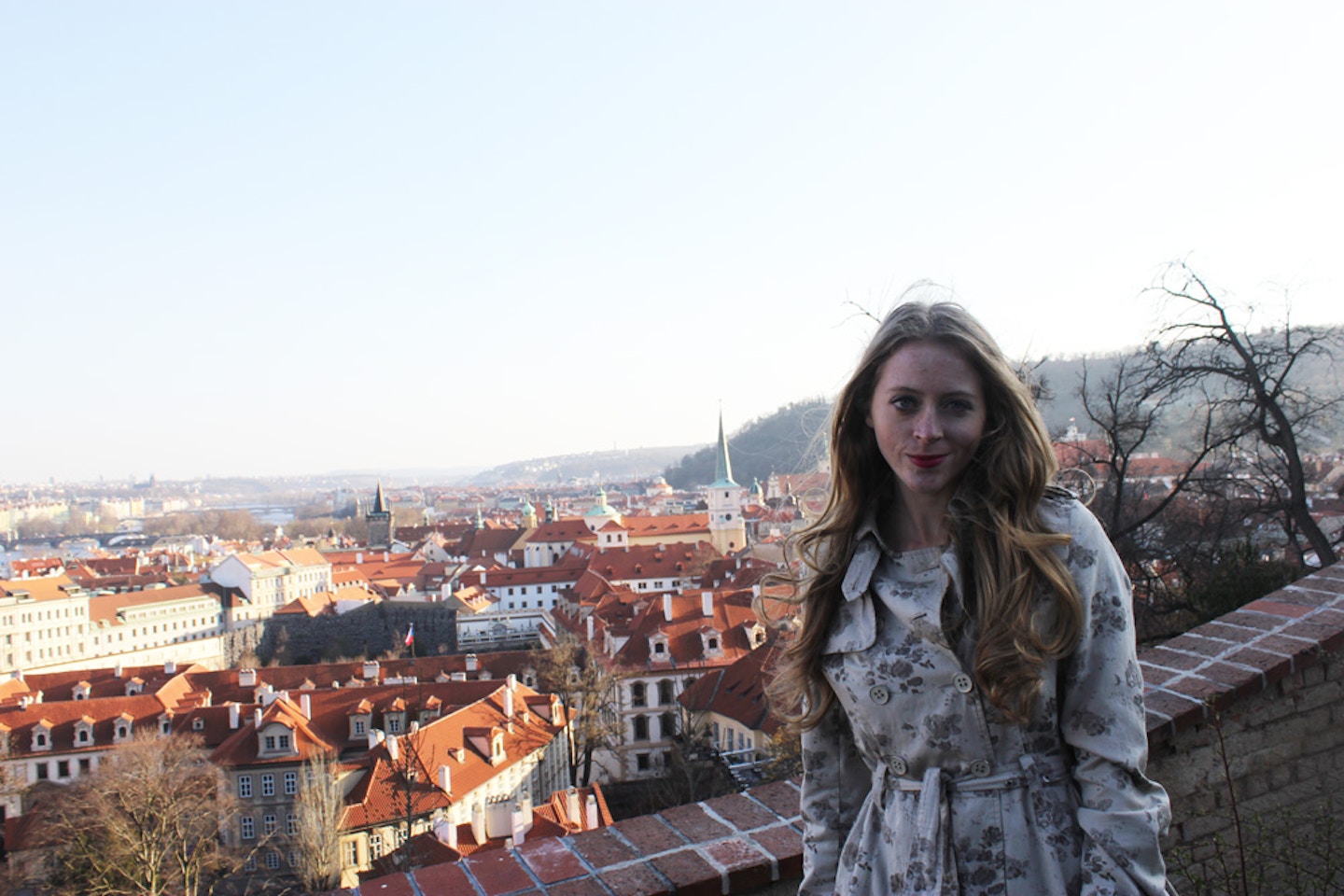 My last day in Prague was spent on top of the hill at the beautiful Pražský hrad.

The castle complex is massive and had so many buildings, they all seem to blend in my head now. The view of Prague and the buildings below was stunning.

To get to the castle, I crossed the famous Charles Bridge which was built in 1357.

There are many statues lining the bridge, this one is the most famous, of Nepomuk, who was thrown off the bridge and is the Saint of Czech Republic. Legend has it that after he fell into the river, five stars appeared in the sky, which is why the martyr is always pictured with the crown of stars.

On the footing of the statue are two plates with pictures. People think you rub the dog for good luck, but it’s the opposite. If you rub the woman on the right and make a wish, it will come true and you will also come to Prague once again.

After crossing the river Vltava, the famous Lennon wall is full of messages. Some Beatles lyrics were scrawled in spray paint, as well of messages of love and peace.

Once we got on top of the hill, there were many beautiful buildings, monasteries, old palaces that were converted into government and administration buildings and churches.

This building was used as the film location for Mozart’s house in the film Amadeus.

A beautiful monastery with a painted facade.

I can’t remember where this building was situated, but I love the oxblood red.

The entrance of the Palace was beautiful, and we even caught the changing of the guards.

The castle grounds were beautiful! The galleries and museums were closed when I went, but I was so happy to see the fountain working.

My trench coat is from Topshop. I’m obsessed with the volume, gathering and pick ups. The jacket also has a vintage grey rose print.

This facade of this Gothic church has been restored recently, but it still retains its old world charm. The sculptures, gargoyles and carvings were beautiful.

This was the oldest street in the castle complex, it was only about three feet wide.

This was the house of the famous existential writer, Kafka. It was so small, no wonder he wrote what he did!

I loved this teeny country house.

Czechs must love rubbing statues. It is said that rubbing his member brings long life… so I grabbed life by the…well you get it.

There was a lovely park at the bottom of the castle, and I spent some time looking at the ducks and boats going by on the river.

It was an amazing tour of a beautiful and large castle complex, and thank you to Kate from New Europe tours for being a great guide.