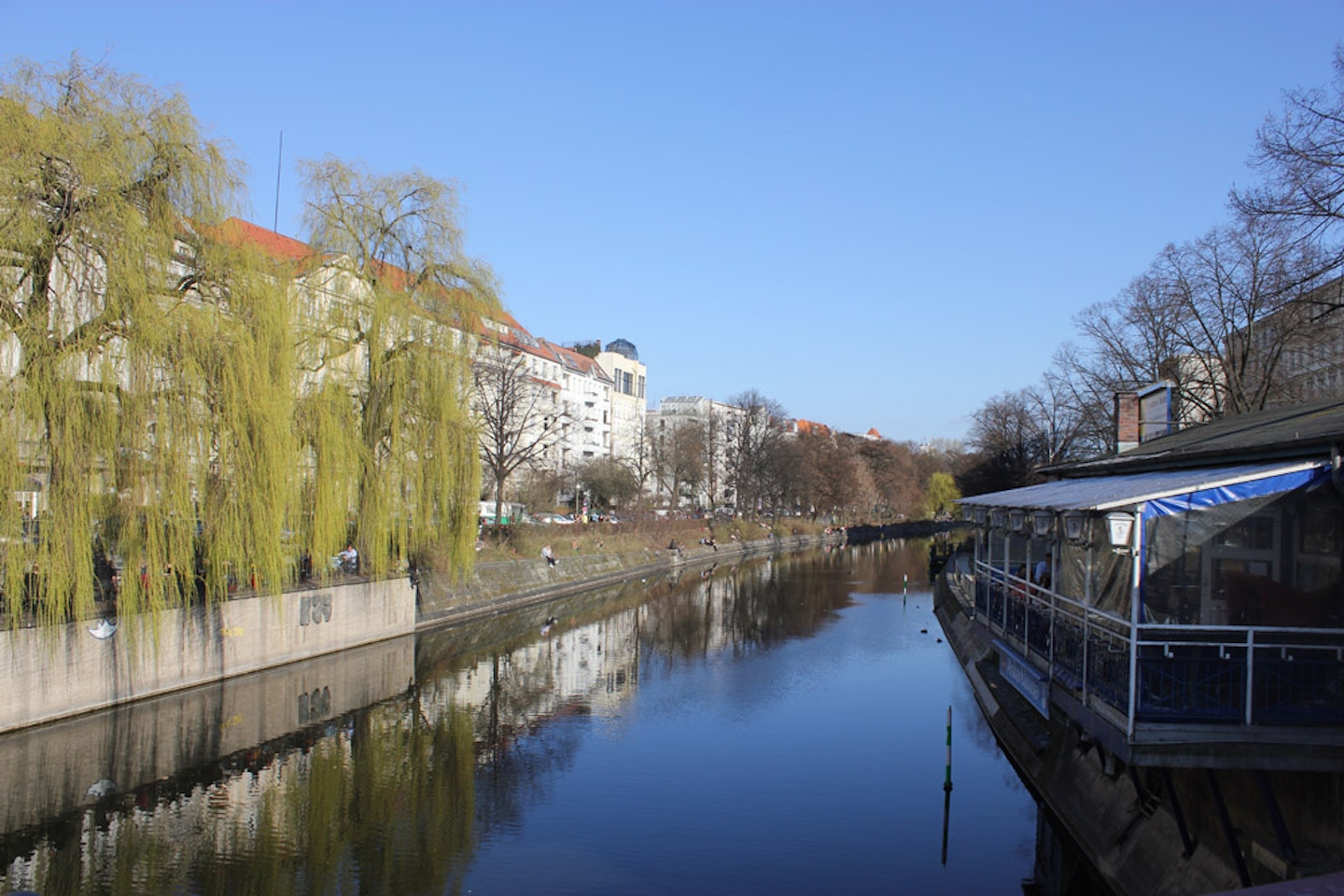 One of the highlights of my trip to Berlin was the second last day of the trip. Spent in the sun in Kreuzberg. The area is very diverse, full of artists, Turkish immigrants and young professionals.

While it didn’t look like it would be the safest neighbourhood at night, I spent some time in the square and observed the way people interacted. I sat beside a middle-aged Turkish man, who said Salam (followed by their name) to nearly every passerby. It was astonishing to me to think that in a city as big as Berlin, there was a friendly community where everybody knew each other, and they took the time to sit down on a park bench and enjoy a sunny afternoon.

I was in the area for lunch, and came across an amazing Thai restaurant, called Chan. What I loved about the restaurant was that not only was it completely gluten-free, but they also used vegetables from Thailand, and emulated Thai market foods.

The atmosphere was relaxed, but I had the best Pad Thai of my life, while sipping on German wine and enjoying an amazing patio view.

Afterwards, I decided to hit up a market. To my shock and surprise, I had found a legitimate Turkish market.

People could buy pashminas, breads, eggs, artisan jewelery, you name it. I couldn’t resist some pieces of rose-flavoured Turkish delight.

The highlight for me was an organic bakery with spelt strudels. I was ecstatic that I could finally experience German pastries without a tummy ache.

There were many textile booths with people of all colours and nationalities buying fabrics. I looked around at the Turkish women, pushing their way through the markets with their little grocery carts, and I realized that every piece of clothing they were wearing, was likely made by hand. The area felt like a step back in time, and I had the utmost respect for these women and their values and support of local businesses.

I couldn’t resist taking a picture of this chalk art graffiti. I think it has an interesting message about inheritance and greed. Or the person who drew this was just an awesome crazy cat lady like me.

It was around the time of the New Year for Muslim people, so many shops had special displays, or outfits like this childrens’ apparel store. It was amazing to see their culture and customs out on the streets of Berlin.

That day, I also visited the Hamburger HBF gallery of modern art. Not my cup of tea, but I took some photos there. I’m wearing Zara mint jeans, an H&M blouse and black ballerina flats.

The gallery was an old train station, and was transformed into a gallery containing weird elitist things that don’t make sense for my feeble brain.

If you are ever in Berlin, you must spend a couple of hours, or a couple days like I did in Kreuzberg. The energy, food and patios make it a destination on its own.