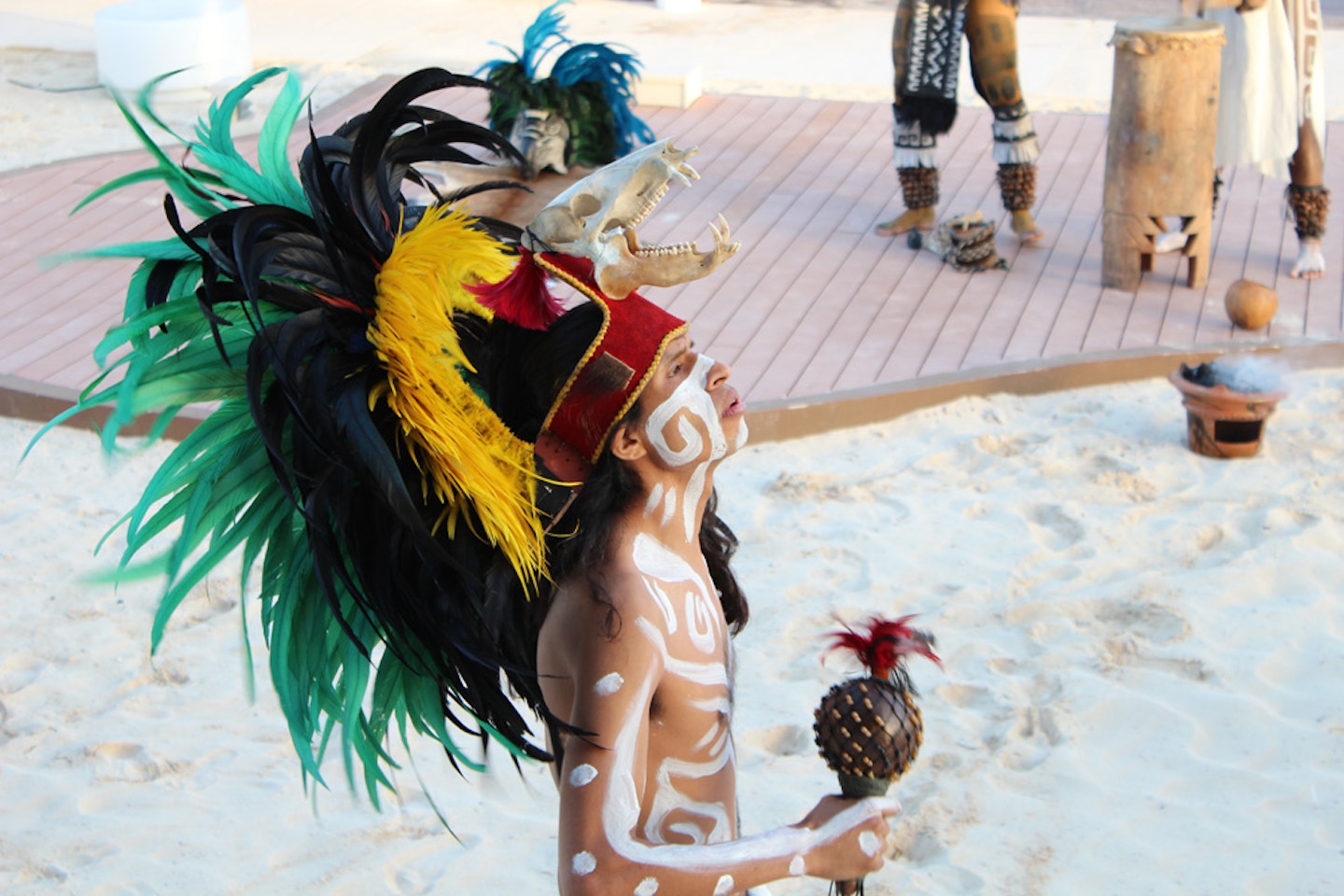 On December 21, the world waited for the world to end. According to an ancient Mayan calendar, which ended on that day, Hollywood and doomsday believers prophesied that our comfortable lives would come to a halt a little over a week ago. I was excited to party during “the end of the world” in the Mayan peninsula of Mexico, and even had the chance to watch a Mayan warrior ceremony re-enactment.

It’s important to take note that the calendar did not end. December 21, 2012 only marks the start of a new cycle, a new Mayan age or millenium. Even though we were saying so long to the over 5,000 year old b’ak’tun 13 (the name of the calendar), it was a big party… and of course, we’re all here, ten days later.

I grabbed a pic with some of the Mayan performers. It was fun to watch their ceremony and imagine what it would be like to see an actual warrior induction.

The performers wore stamped leather belts, and this was incorporated by my deer skin leather saddle bag. I bought this on my last trip to Mexico in Playa del Carmen. I managed to bargain with the shop owner, but found prices more than doubled when I came back during Christmas.

I fell in love with the colourful quetzal plumes and shell ankle bracelets the performers were wearing, creating a visually stunning demonstration.

Here, a leopard warrior is getting purified and is about to be painted.

The celebration was a great way to kick off the “last night on earth” though I’m still bitter over not having the chance to visit a Mayan ruin on that fateful day!