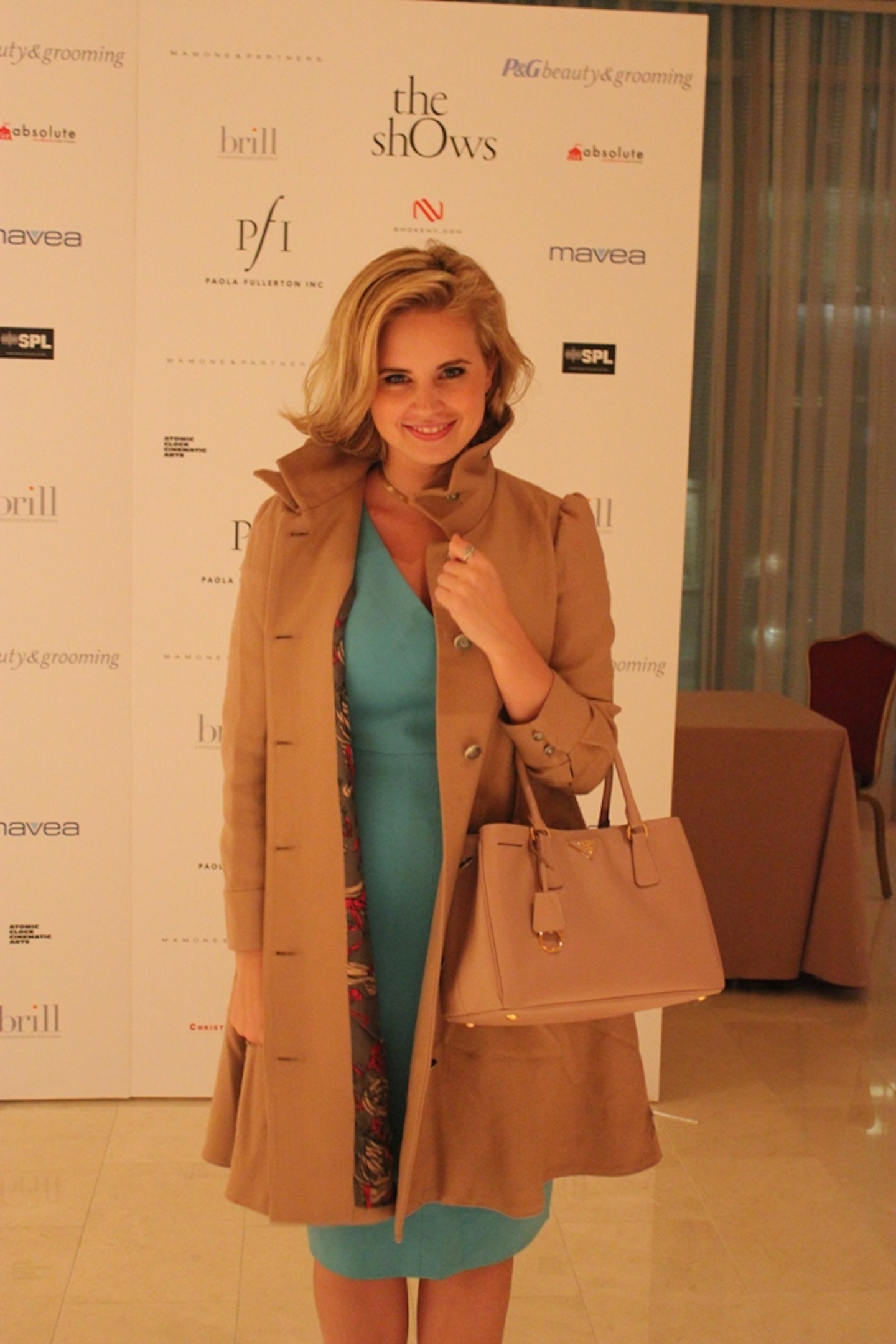 A fashion feature I’ve been working on was published in the Eyeopener today.  Please check it out! Or read the full story below:

A model in a summer frock struts down the 90-foot runway in David Pecaut Square. Fashion bloggers and editors sit in the front row, taking in the collection with a discerning eye.

Backstage, volunteers scurry about, trying to keep everything organized. The designer waits impatiently to see how the Spring 2012 collection is received.

This is just another day at Toronto Fashion Week, the biannual event that brings out the industry’s best and brightest.

Last week at the shOws, Mackenzie Yeates, who graduated from the fashion communications program last June, sat front row at Todd Lynn’s Spring 2012 collection. She now works as a coordinator for fashion direction at Holt Renfrew, a job that took her to Paris for Fashion Week.

When Yeates started her studies, she assumed that she would find a job immediately following graduation, not because she excelled in the classroom but because of her work outside of it.

“I guess I expected to have a job because throughout my whole Ryerson career, I was interning and I think interning is really the key to success,” she says.

When Yeates was 15 she started interning at an event-planning company. At one function, they had large martini glass-shaped fishbowls for centerpieces. At the bottom of the martini glasses were small gold and white aquarium rocks.

“They were like, ‘Actually, we don’t like the gold and the white combined, so can you separate all the rocks?’ So I was sitting there for three hours separating rocks,” says Yeates.

She made light of the situation and ended up chatting with a guest who was watching her perform the task. A few years later, she was being interviewed by the same man for a position at Holt Renfrew. She got the job.

Ryerson fashion students who want similar success will have to follow a similar route, and the road isn’t always a smooth one.

Aside from being invited to participate in international design competitions and fashion shows like Mass Exodus, which is attended by industry leaders, students are required to bank 400 hours of interning.

They are also encouraged to attend as many fashion events as possible.

Last week Tsui volunteered at a fashion show for Lucian Matis, another Ryerson alum and the runner-up on Project Runway Canada. It’s expected that students will be able to balance their assignments with real-world experience.

“Skills development, networking, internship and exposure to fashion events form an integral part of the curriculum,” says Robert Ott, chair of the school of fashion.

Tsui is more than fine with this.

“I don’t have much of a social life, but my social life is going to fashion shows, where I get to meet cool people,” she says.

But as Yeates’ rock-picking story shows, getting into the industry requires more than just hobnobbing with the fashion crowd.