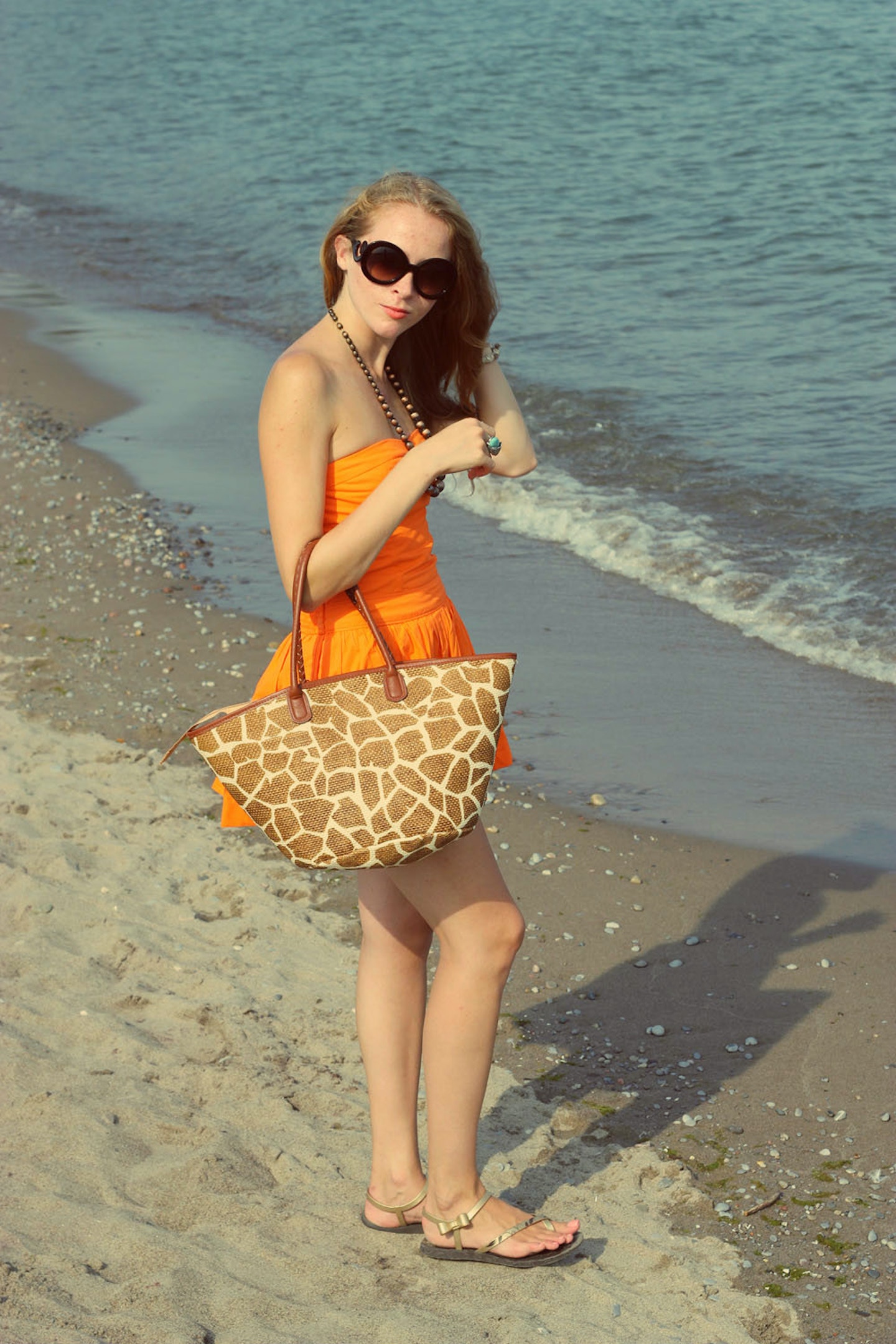 On Monday, I spent the whole day walking. From Union station, through the Distillery District, all the way along Toronto’s waterfront to the Beaches. It was an incredible trek through so many neighbourhoods, and it was so interesting to see how they transition into each other. At times, things would slowly lead into new areas like in the boho Queen East strip, then out of nowhere (a worm hole as my boyfriend describes it), the area could change dramatically. Here’s a photo diary from the first half of the journey.

After passing through the Esplanade, we ended up in the Distillery District. It’s a lovely place this time of year, and always has some art installations going on. We stopped at a bakery, where I even indulged in a gluten-free cookie. My favourite part though was the sake we tasted at Izumi Ontario Spring Water Sake.

Afterwards we embarked on a long walk to Ashbridges Bay (it took a few h0urs, stopping for lunch as well-bring your bike or rollerblades!) I wore an orange strapless dress from Hollister, a vintage necklace and a straw bag in a giraffe print. I feel like the bright colours and safari-inspired accessories give this look a tropical vibe, even though this beach is only a 5 minute drive from the downtown core!

I’m also wearing this turquoise ring, picked up at the Albery Cuyp market in Amsterdam. I love the oversize style and the way it compliments my nails! Note my ode to Cinderella on my ring finger.

It was a perfect day for flying a kite or catching some rays under the sun in downtown Toronto. It’s rare that I get a day in the city where I can be a beach bum or explore some parts of downtown I haven’t seen before. I wish I could have shared more Queen East haunts, but sadly, most of the shops were closed on Mondays (take note). Regardless, it was a perfect summer day, bright and cheery enough to match my Technicolor orange dress. How do you spend your days off in the city?

This look was featured on What I wore Wednesday on the Pleated Poppy.