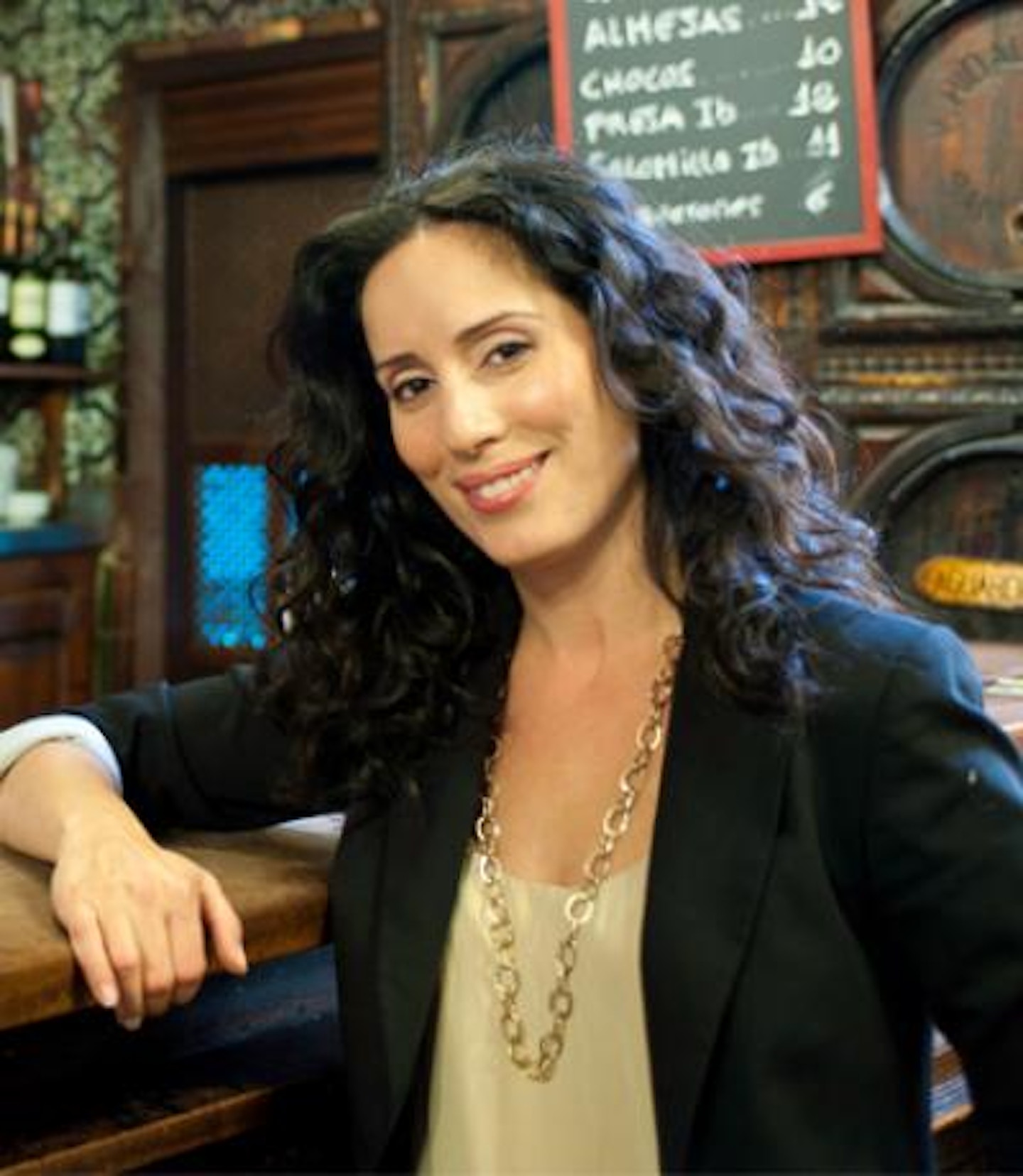 I recently had the wonderful opportunity to interview Annie Sibonney, the host and gastronomad of From Spain With Love, a new Food Network show.  While this doesn’t directly relate to fashion, I wanted to share this with you because I love food, travelling and I always have had a little soft spot for Spain– blame over five years of Flamenco dancing!

Food was at the heart of Annie Sibonney’s home when she was growing up.  She learned to cook alongside her mother, who showed her the power food has on bringing family and friends together around a table.  Five years ago, Sibonney went on a trip to Spain and right from the first taste, she was hooked on the diverse culture, gastronomy and the gracious nature the people had.  Once again, food was what brought people together.  And now, Sibonney is sharing this intimate experience with viewers at home in her Food Network show, it comes From Spain With Love.

Sibonney’s thirst for adventure began at a young age.  Born to French-Moroccan parents, Sibonney was encouraged to explore different cultures and languages.  Her parents had retail stores in Chinatown, and both her and her twin sister attended Chinese-immersion in elementary school.  The sisters were the only two non-Chinese students in the program.  After school, they would go over to their friend’s house, a Chinese student, whose parents owned a Chinese restaurant below the apartment.  Everyday Sibonney would be fed with authentic Asian cuisine. Today, she can speak six different languages, which makes traveling and connecting with chefs and locals a lot easier.  However, she didn’t learn Spanish until later on in University.

Sibonney attended the University of Toronto, and studied social anthropology and politics.  She went on a co-op program to Ecuador with two suitcases, and not a word of Spanish.  Over a two-year period, Sibonney taught people in school and learned the native language. “I had a real passion to pursue the language academically,” says Sibonney, who went on to graduate from York University, studying Spanish-English translation and Hispanic studies. “Language is an important ingredient for me, and learning to express yourself within the cultural context of the country,” adds Sibonney.

The self-taught chef started a catering company, Flavours, that featured dishes inspired by her own adventures in gastronomy.  Sibonney also founded Relish Culinary tours, a company that offers intimate dining experiences in Spain and Italy.  Sibonney founded her business after she traveled in Spain, and created relationships with the country’s (and even the world’s) best chefs.  Sibonney takes her guests personally on these tours, and shows them everything from Michelin star rated restaurants to tapas bars.

“I’ve just found a power in connecting people around a table and through food, and sharing messages about a culture. It’s just about the most utopian idea in the world,” says Sibonney.

Sibonney visited Spain at least 12 times last year, from leading her tours and filming segments for the show.  While she misses her family at home, being away from Spain can be hard at times. “It’s not just the dishes, it’s the country and the context, the sheer joy and graciousness of the people in Spain. I miss them greatly when I’m away, and I miss home.  I’m a bit of a lost orphan I think,” Sibonney says, laughing.

For Sibonney, the most irreplaceable aspect of Spanish dining are the tapas bars, or pintxos as they’re called in the Basque country.  Anytime of the day, you can walk in with your cuadrilla (a Basque term for posse) and enjoy a delicious meal, eaten while standing up.  And you do this at as many pintxos bars as possible. This custom is called the txikiteo, a Basque bar crawl.

Sibonney’s only rule for her dining adventures is that she never refuses food that was offered graciously. “When you accept that food, that’s what makes you part of a place,” says Sibonney.  In Spain, everyone is a cook and a food critic.  They obsess over the quality of their food, because they know what it’s like to eat and live well.  When you dine in a restaurant in Spain, Sibonney explains that it is like you are eating in the chef’s home.  There is an intimacy that exists between the guest and the chef, and Sibonney showcases that in her culinary tours and in the show.

Just by listening to what Sibonney has to say, you can tell she’s as passionate about Spanish cuisine as the chefs, winemakers, artisans and food critics featured on From Spain With Love.

Sibonney adds, “I was in Spain as often as I could be, knocking on these doors of the best chefs in the world, asking for their support. And to this day, I don’t fully understand why they embraced me the way that they did. I’ve just been almost adopted into the most beautiful loving and caring family in the world.”

The last episode will be airing this Thursday the 25th, so be sure to catch From Spain With Love every Thursday at 10 a.m., 3 p.m. and 7 p.m. on the Food Network, or watch episodes online.