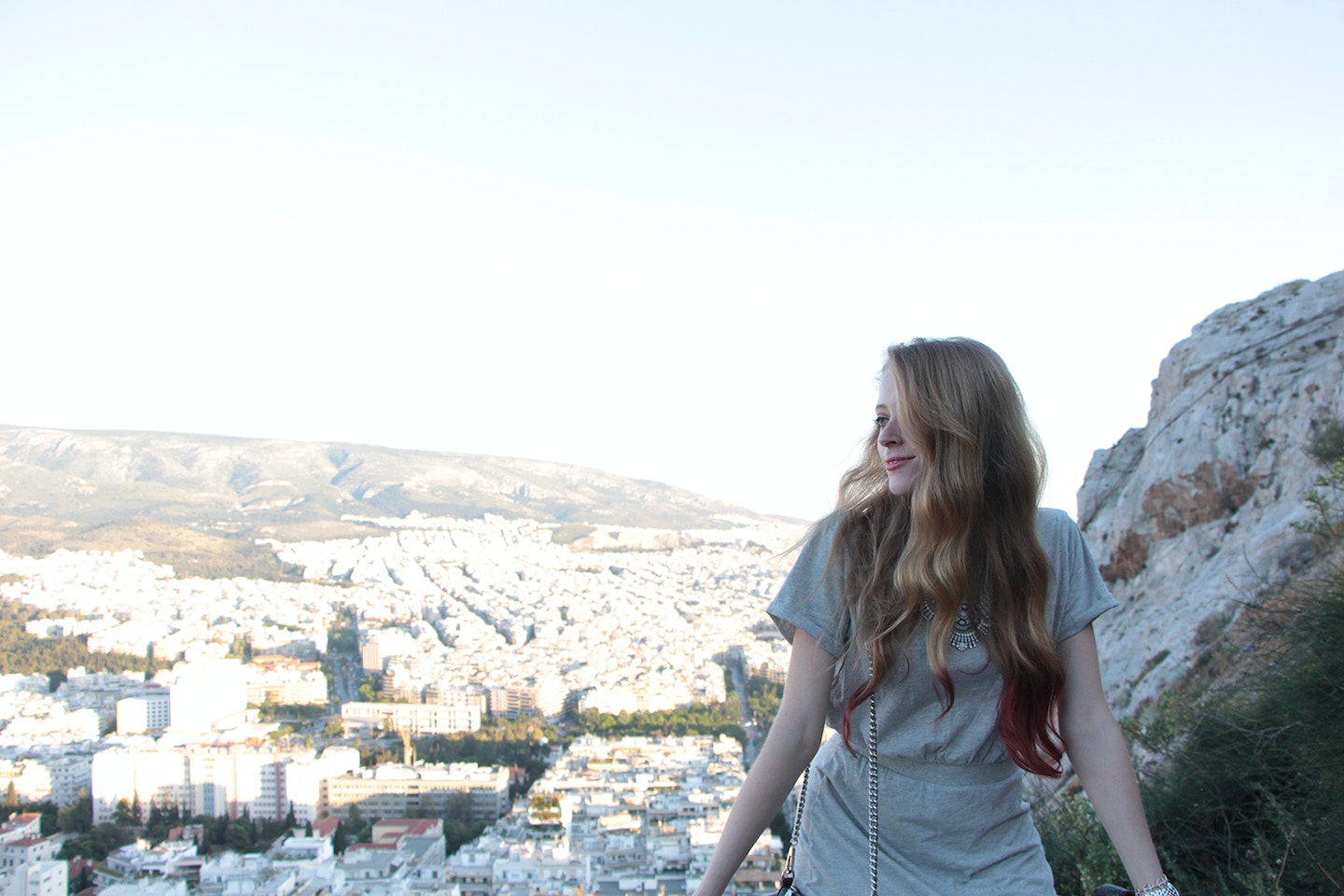 On our last night in Athens, after a full day of sightseeing at the Ancient Agora and Monastiraki Market, we got back in to our hotel to relax, when we realized that every other attraction was closed. Instead, we decided to catch the sunset atop of Mount Lycabettus, or Lykavittos in Greek.

One tip for visiting this mountain is to take the metro, exit from Panepistimio station and walk north. You will start to walk uphill through chic streets dotted with cool bars and restaurants and shops. Keep walking up the hill and look for any stairs that lead up. Many advice forums tell you to go around to find the entrance to the funicular, but unless you are in a cast or like to waste money, take the Metaxa-sponsored funicular. I want to write them an angry letter! It costs 7 euros both ways (you can’t just buy a one-way) and literally takes two minutes underground. Instead, take the footpath. It’s not a long walk and you can be entertained by the views, adorable stray dogs and cool cactus plants on your way up.

At the top of the hill, you are rewarded with a spectacular, panoramic view of Athens. From the Acropolis to the Panathenaic stadium, you can even make out the Piraeus port in the distance. You really get a sense for how the city sprawls out, and I enjoyed seeing which areas were dotted with rooftop pools (not enough in my opinion!)

There’s also a clock tower and small Orthodox chapel, Saint George. Many people came to the top to watch the sun set, and we arrived just in time.

By the evening, it was getting a little chillier, so I changed into a grey cotton fold over dress c/o Persunmall, and accessorized with a Jewelmint Ritz Rhapsody statement necklace, H&M leopard slip-ons (similar here) and my Rebecca Minkoff Mini MAC.

It was a perfect way to say goodbye to Athens, bathed in a beautiful orange glow.