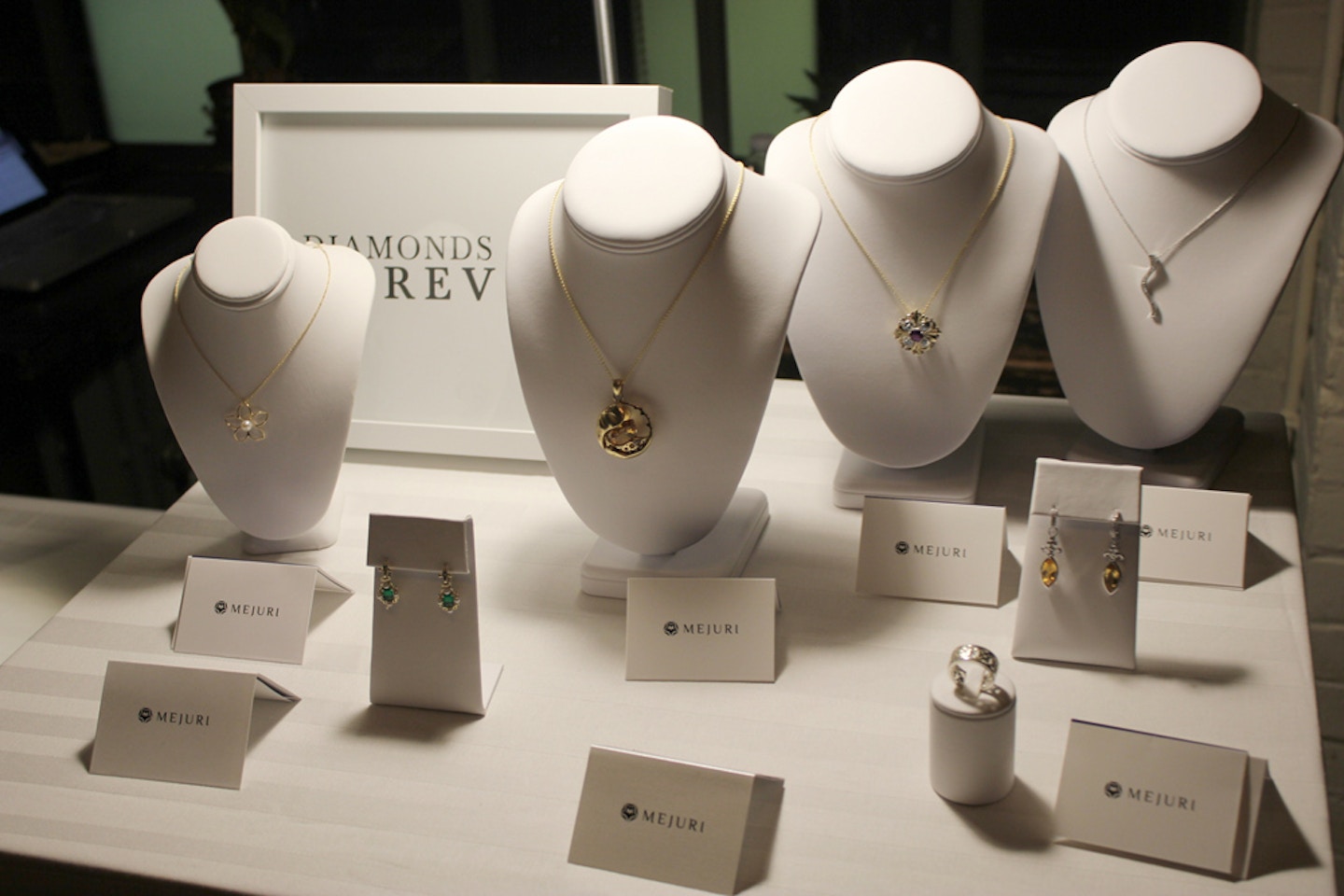 Last Wednesday, I attended the launch party of Mejuri, an online crowdsourcing platform where jewelry designers submit their designs and readers can vote for which designs they would like to see produced. Several winning designs were on display at the party, which was held at Loft 404 in Toronto.

The site has over 200 designs submitted by jewelry designers, and has more than 550 designers registered on the site from 31 countries. The winning designs are selected by user votes, and a panel of judges. The designers get royalties from the sale of their design, as well as exposure on the site.

Mejuri carries a range of materials, including silver, gold, Swarovski crystals, precious gemstones and ethically sourced conflict-free diamonds.  The president and co-founder of the site, Noura Sakkijha says, “Social responsibility is a very important component to us,” says Sakkijha, “We work with diamond suppliers who get their diamonds from ethical sources and are associated with conflict-free diamond associations such as the Ethical Pledge.”

The company is also local, and is based in Toronto. Mejuri won the Ryerson Slaight Business Plan Competition, and was part of Ryerson’s Digital Media Zone – a tech incubator as well. I met Noura at Ryerson a year ago and was intrigued by the platform, so it was exciting to see the winning pieces in person!

This honeycomb pendant had citrines as honey. It was a cute, yet contemporary design that could be worn everyday. It was designed by Vlad Icobet from Spain.

I also fell in love with this emerald green Swarovski ring, which featured gold claws gripping the stone. It would be the perfect cocktail ring, a sure conversation starter. Guests had the chance to win one of these rings at the part as well. The ring was designed by Amelia Rachim who hails from Italy and had a couple other pieces on display as well.

I’ve always been a sucker for amethyst and I really like the modern design of this Angel ring. I can’t believe the genuine stone is six carats!

With the holidays right around the corner, Mejuri is an opportunity to support emerging design talent and find a unique gift!