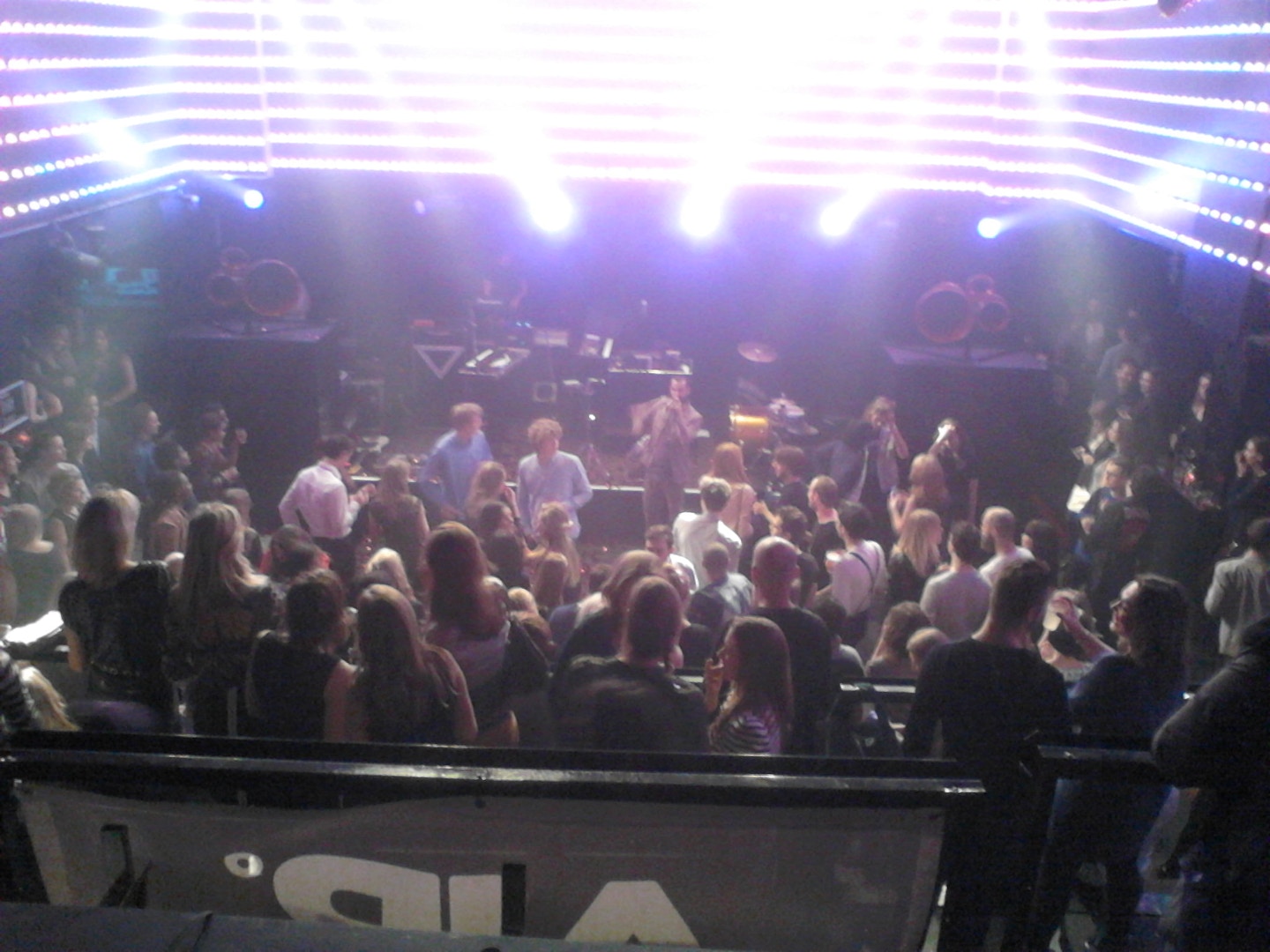 While I couldn’t be in AMS to attend Amsterdam International Fashion Week’s kick-off party, my friend and fellow blogger, Amber de Smet checked it out. Read her story below:

This year, AIFW organised their first ever Official Opening Party in Club AIR. A public event for which I was on the guest list, thanks to my dear Canadian friend Natalie. I admit that when – in my case – your last Fashion Week experience has been a cringe-worthy Liverpool Fashion Week, it’s easy to be impressed by a nice venue. But even to Fashion Week Veterans, AIR would probably come across as one of Amsterdam’s most impressing clubs: well decorated with smooth, black walls and cleverly placed lights near reflecting surfaces. A very pretty, but very dark environment which made it nearly impossible to take decent pictures, unless you were walking around with a giant headlight taped to your camera.

I arrived early, and after a ten minute struggle with my intricate locker I decided to have a look around. Whereas I had expected the typical combination of fashionistas, bloggers and journalists, I found that the crowd was made up of a strange mix of people. Half of it consisted of older, slightly out of place fashion people and the other half consisted of ‘girls clad in black lacy thingies with a black bra underneath’, as one of my newly-made friends put it. But then again, this year’s AIFW is all about ‘Fashion is for Everyone’.

Amsterdam’s ‘Nachtburgemeester’ Mirik Milan kicked off the event with a little speech about the events of the coming week, before introducing Dutch band Daily Bread. To those who do not happen to be fluent in Dutch – the term ‘Nachtburgemeester’ is a typically Dutch phenomenon, which literally means ‘Night Mayor’. Every big city in the Netherlands has a ‘Night Mayor’, who is basically the most influential person in the city’s nightlife scene.

As Daily Bread’s final song died away, DJs Chris Julien and Bear Damen took the stage. One of my companions described their music as ‘rather unisex, because guys can dance to it too’. Which, I guess, is a good thing. Halfway the set, two dressed up acrobats even entered the stage to perform some tricks. After a while I decided it was time to leave this fashionable place again, and hop on the train back to Utrecht, with a goody bag under my arm and some good memories in my head.

On the whole, the Official Amsterdam Fashion Week Opening Party seemed like a good collaboration between music and fashion, and a nice start of this important week of the year. I’m curious to see what the rest of the week will bring.