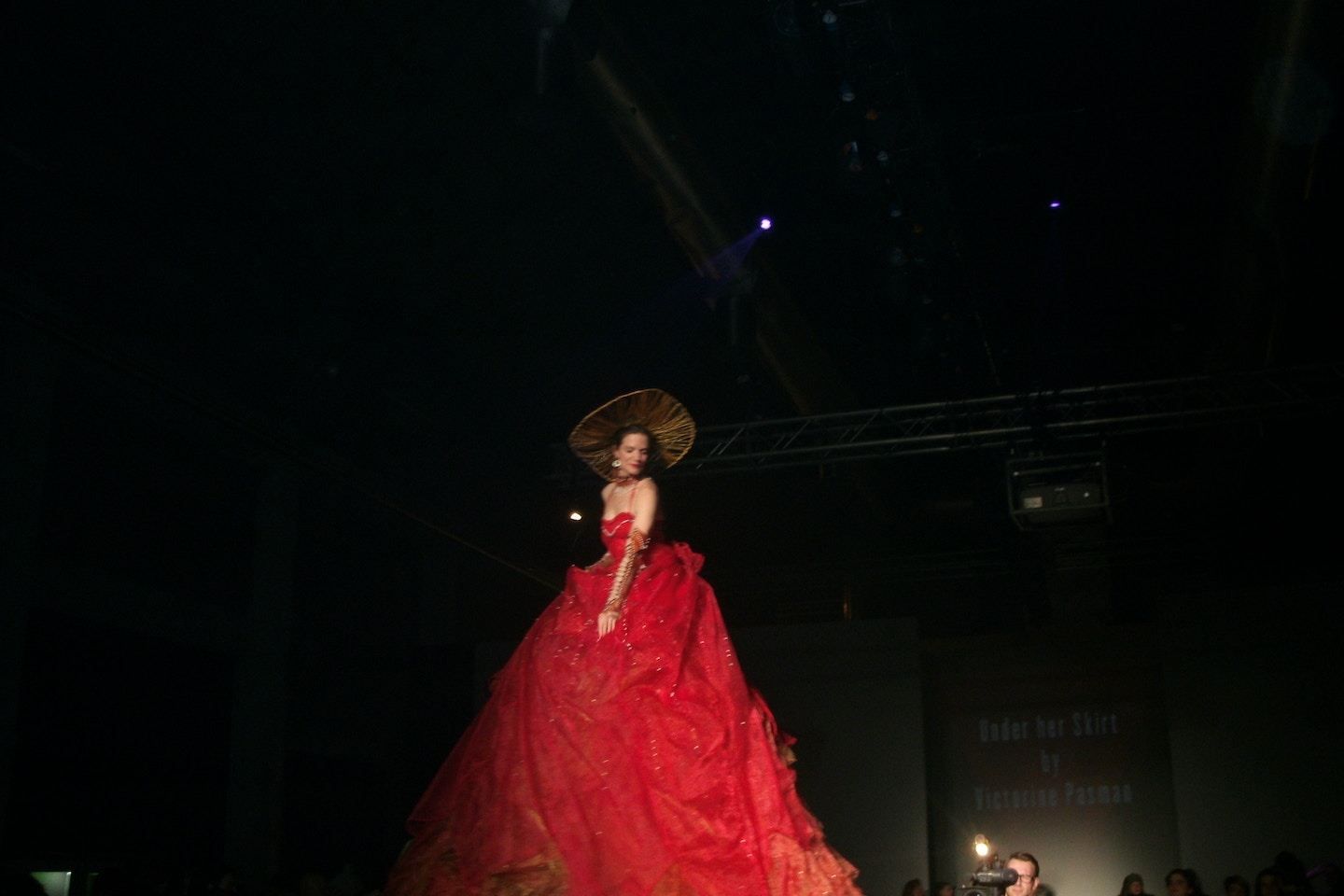 While I wish I could have seen all the action from some of my favourite Dutch designers at Amsterdam International Fashion Week, I was living stroopwaffle-less in Canada. My Dutch friend and blogger Amber De Smet caught all of the party action and went to AIFW’s after party. Read on for her review of the closing ceremonies.

Last Sunday was the final day of Amsterdam International Fashion Week. But a final day is nothing without a final night, or at least that’s what the organizers of SALUTE – the so-called Closing Party of AIFW – must have thought.

The final event was held at ‘Culture Park Westergasfabriek’, an old industrial site. (For the ones among us who aren’t too familiar with Dutch – ‘Westergasfabriek’ literally means ‘Western Gas Factory’.) The Culture Park was about a ten minute bus ride from the city centre, which meant that mainly dedicated fashionistas took the effort to travel there, so that the crowd looked completely different from last time. People looked very stylish and seemed to know their faux fur from their Fendi, as illustrated by two impeccably dressed ginger kids who decided to adopt me later that evening.

Fleurien and Sabine from Made by PR immediately recognized me when I arrived and gave me a friendly welcome. Although the venue was large and dark – as I imagine a factory hall ought to be – it was brightened up with pink lockers, and lightened up with illuminating ice cubes in Grand Marnier glasses. Just after I’d put my coat in my locker – which was not only pink but also decorated with a mirror, very cute and convenient – the event started.

Just like last time, Amsterdam’s ‘Nachtburgemeester’ was present, along with the organizers of the event. After a little summary of the week’s events, Kypski & Matangi Quartet took the stage. Their music could probably be described as ‘oriental’, combining electronic music with traditional instruments. Original, but not exactly danceable. However, the next performance did receive more positive responses. ‘Under her Skirt’, a performance by Victorine Pasman, consisted of a woman walking on stilts all night, dressed in the longest dress with the most massive skirt I’ve ever seen. I just kept wondering how she could keep walking and smiling at the same time without falling over.

Eventually, people started to leave earlier than I had expected, which suddenly made the factory hall seem even bigger and darker than it was, with ice cubes still flickering lonely in the dark. I also decided to cover up my green dress with a coat, and take a cab back to the city centre again.

It’s always sad when festivities come to an end, but let’s hope AIFW will keep up with these public events, and turn them into a tradition that’s accessible for anyone who’s interested in fashion. Because fashion’s worth celebrating, right?