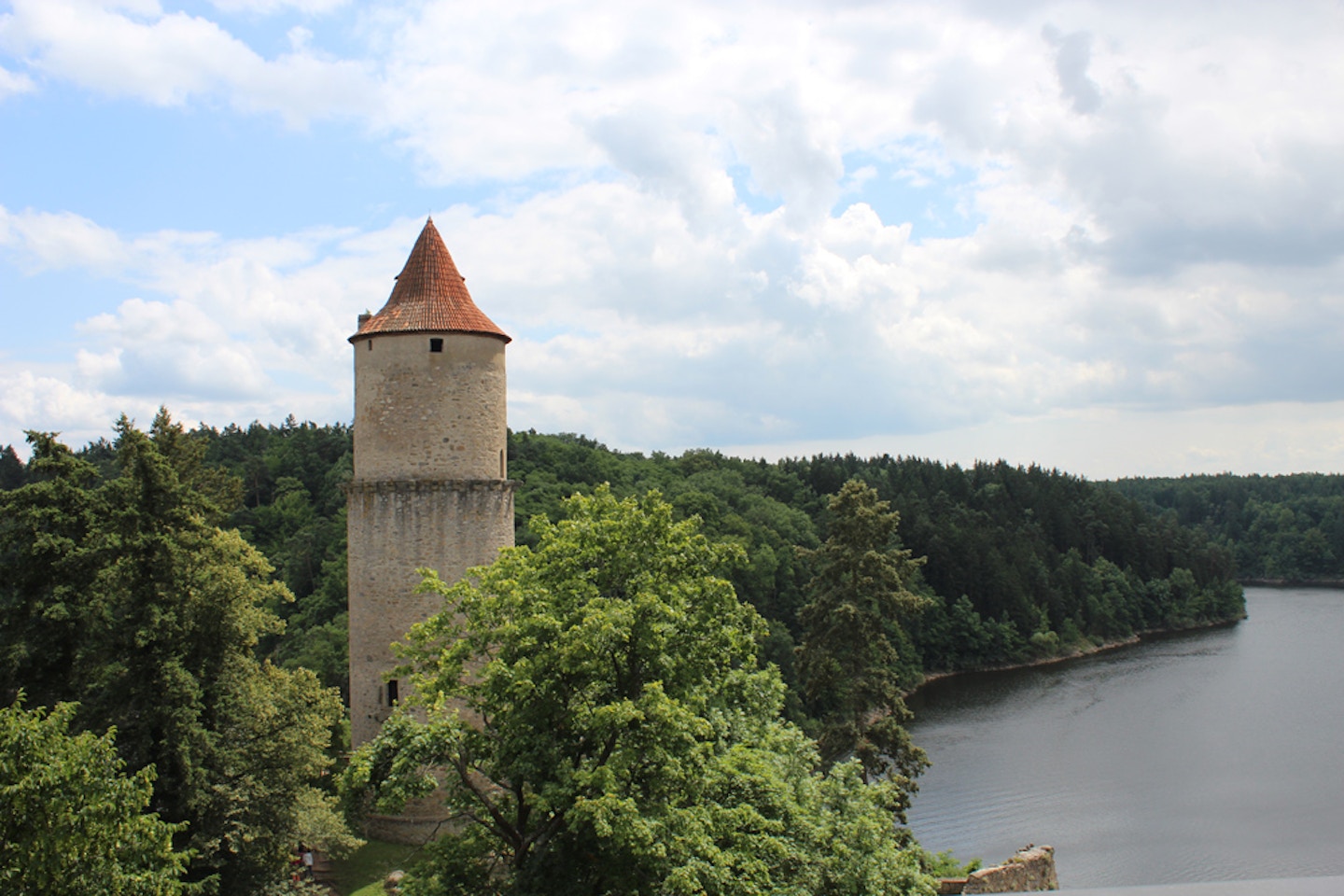 At the beginning of my vacation in Czech Republic, I had the chance to see a few castles. From Franz Ferdinand’s forest hideaway to a romantic-style chateau, one of my favourites was the medieval castle ruin, Zvíkov castle.

With towers rising up on the junction of the Vltava and Otava rivers, this fairytale castle is also known as the King of Czech castles. The exact date of the castle is a mystery, but it was built in the late 13th century, likely by the orders of King Přemysl Otakar I. The original owners of the castle, the Přemysl family, died out in 1306, so the Rožmberk family took over. After the 30 years war, the castle was owned by a Protestant nobleman. The castle switched hands a couple times again, and started to deteriorate after the war. A fire in 1751 did major damage to the buildings, and in 1947, it was seized by the state and is now open from spring to autumn.

I loved the juxtaposition of the renaissance and medieval and early gothic architecture with the ruins.

This wood carving in the chapel is a highly valuable piece and example of Czech gothic iconography. It’s incredible to think it was carved from a single piece of wood.

The highlight of my visit, however, was getting to visit a falconer. He had several majestic birds, including a bald eagle from the U.S.

One of my dreams came true, I got to hold Kuba, the large brown owl from Southern Europe. He was so soft, gentle and elegant. After he left my arm, his owner snuggled him, and it was as if they had a parental bond. I’m so thankful to have experienced holding such an animal like that, especially in the romantic setting.

It’s incredible to think that the walls behind me had beautiful frescoes. I spent some time trying to see remnants of a different age. That day, I was wearing a white lace dress from H&M (similar here), a mint necklace from Forever 21 (similar here) and a mint Rebecca Minkoff MAC bag.

I thought this outfit was a perfect mix between “princess visiting a castle” with comfort. Tshirt dresses like this can be versatile, and I chose to add colourful accessories, while wearing flat sandals so I could make the hike up to the castles I saw that day.

This “room” I’m standing in used to be the King’s quarters… but fell into the river after the fire.

Following my visit to the castle, we ate at a brewery, Pivovarsky Zvikov, where I ate schweinhaxe, or pig’s knee. It was delicious and gluten free, but the frozen veggies were another story. It’s highly likely that no one has ordered vegetables in years!

I tried to figure out why I was so enamoured by this castle in particular, especially after I got to visit several during my two week stay. Maybe it was fulfilling my dream of being a falconer, but then I remembered that in my house, my mom had painted a canvas of the same tower, many years ago. I guess she was as enchanted as I am.