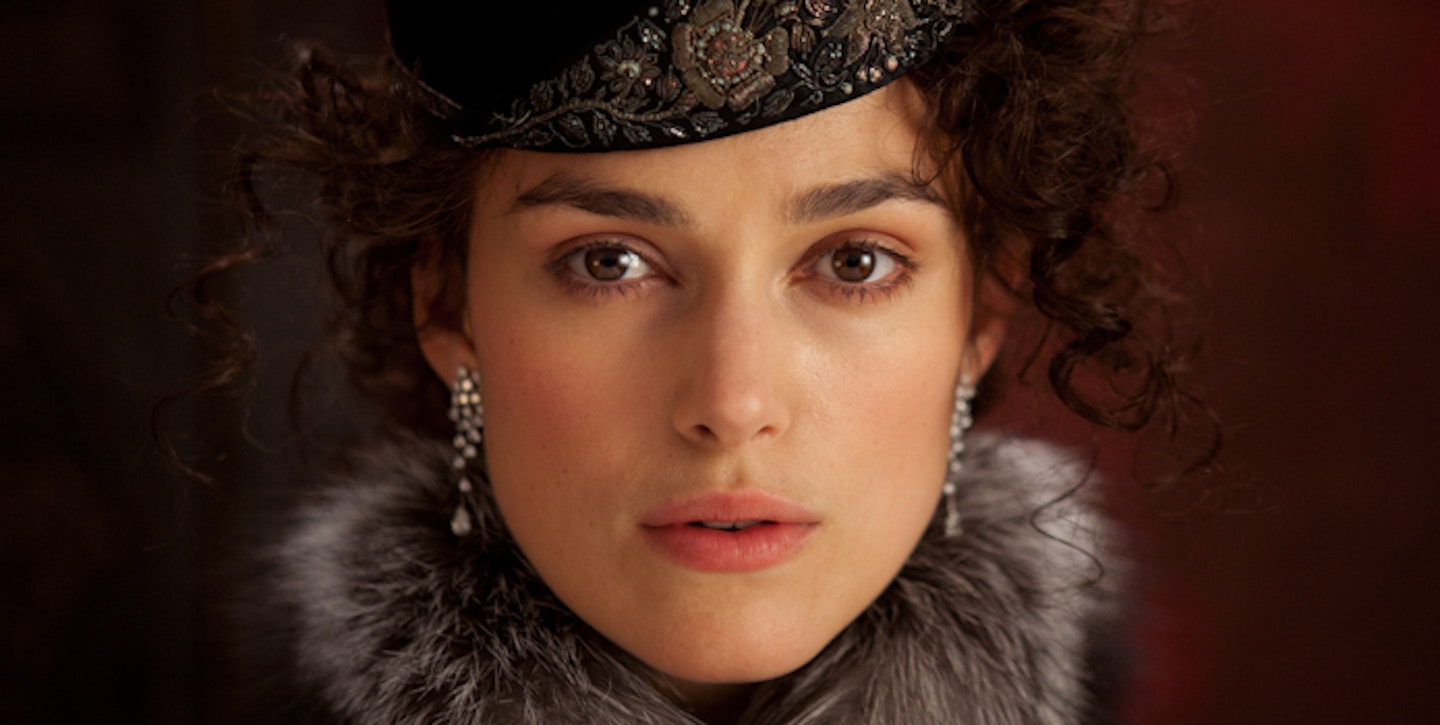 On September 6, Toronto will transform into a star-studded wonderland when the Toronto International Film Festival kicks off with the sci-fi thriller, Looper. Even though I won’t be catching heartthrob Joseph Gordon-Levitt at the premiere of this flick, TIFF is the most exciting time to be in Toronto and I can’t wait to see what surprises this year’s fest will have in store.

Last year, I got up close and personal with one of my idols, Madonna at the premiere of her film, W.E.  That highlight was followed up closely by catching last minute standing line tickets for Hysteria and seeing ground-breaking film from around the world like the Japanese film Himizu. This year, I have tickets to a few films already, and the excitement is just around the corner.

At the top of my list this year is Keira Knightley and Jude Law starring in Anna Karenina, a visually rich interpretation of Leo Tolstoy’s famous novel of the same name. Directed by Joe Wright, the British film stands apart from previous film interpretations. Different scenes are marked by changing backdrops to signal new environments and feel as if the action is happening in one theatre space. Even chorus members are left in between scenes, a unique approach to staging the film. I can’t wait to see it first at the red-carpet premiere (gasp, Keira and Jude will be there!) at the Elgin Theatre this Friday on September 7.

Also on my list this year are (hopefully) three Japanese films. I fell in love with the visceral story of Himizu last year, and I am excited to hopefully catch the emotionally charged Penance, a mini-series that at 4.5 hours, is this year’s longest film to debut at TIFF! On the more campy side, I have tickets to The Key of Life, a comedy by Kenji Uchida where a failed actor switches identities at a bathhouse, only to discover his new persona is an elite assassin. Rounding out my list is the sequel to Takeshi Kitano’s Outrage; Outrage Beyond. The film is from the yakuza genre… which I never even knew was so established that it could be considered a genre.

On my wishlist, I was sad that I couldn’t nab tickets to see Amour, this year’s winner of the Palme d’Or award, but alas, tickets have sold out for the tragic romance film about growing old.

Madonna at the premiere of W.E. last year. No zoom. I was that close.

Aside from seeing films, TIFF is the best time of the year to stargaze, and while I don’t like stalking celebrities outside their hotels, the Thompson Hotel, Ritz Carlton and Intercontinental are all surefire hotspots. Ok, I admit it, I’m guilty of stargazing. Last year I was even caught by a photographer for the Grid! That day I might have not seen Madonna or Ryan Gosling, but if the weather is nice, it’s worth staking out a table on Yorkville Ave.’s Starbucks.

Did you know that even though the festival is only 11 days long it would take three weeks to see them all, with over 372 films part of the Fest lineup. This is one of TIFF’s most international years to date, with submissions from 72 countries, up from only 65 last year. (Canadian Press)

For 11 exciting days, I will bring you reviews of all the films I see, updates and tweets from the press lines and red carpet premieres.