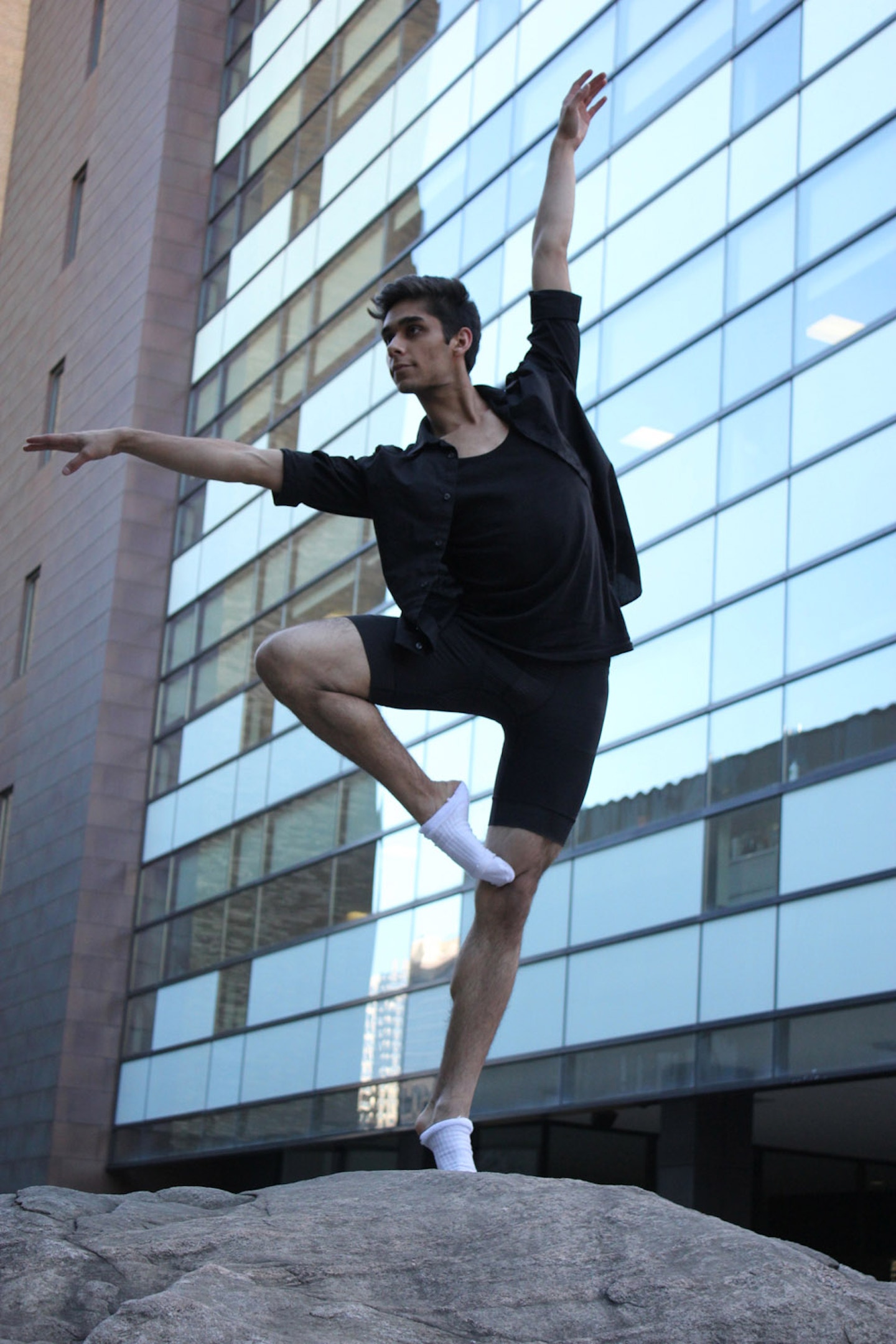 This week, I had the chance to profile Ryerson Dances for the Ryersonian. I reported on the event in a Ryersonian TV Feature, and profiled dancer, Paul John Elisha, whom I’ve known from the old days at Bayview School of Ballet. Take an exclusive look at the show below, and read on to learn more about PJ and Ryerson Dances.

Paul John Elisha has been at dance rehearsal since the early morning.
He finishes at 6 p.m., but has an hour break in-between, waiting to rehearse his piece in the upcoming performance of Ryerson Dances. It’s cold outside, but he wears a flimsy pair of black lace-up TOMS, that look exactly like jazz shoes. Elisha is a dance student, and like many dancers at Ryerson, he is part of the end of semester recital featuring dance pieces by local and international choreographers.

But Elisha is a first-year student, and they aren’t often asked to be part of Ryerson Dances.

Elisha is one of three male dancers hand-picked this year from the first-year class. In the first week of classes, Elisha was asked to audition for Ryerson Dances. He had to do a combination, a piece of choreography consisting of dance moves, in front of a panel of judges and choreographers in a room full of people.

“The room was packed with 65 dancers. It was summertime. It was extremely hot. The room was humid, it was almost slippery,” said Elisha, laughing. The choreographer, William Yong, liked Elisha’s style and selected him to be a part of his piece.

He was enrolled in ballet and jazz from a young age, but it wasn’t until he joined a competition team last year, and got exposed to opportunities like a cruise ship contract, that he thought he might pursue studying dance.

“I took my dance training for granted, but when I took it seriously, everything kicked in and pushed me forward,” said Elisha.

Elisha was accepted to Ryerson’s dance program, but he is still adapting from his classic Russian Vaganova technique, to other styles taught here at school, like the Cecchetti method.

“It’s different because I’m not used to forcing my turnout or getting my leg perfectly in second. But I’m finding a balance between both. I want to have the perfect turnout but I won’t let it sacrifice proper body alignment.”

In Yong’s piece, Elisha had to learn to adjust to the choreographer’s contemporary style.

The piece is a large group dance, and features 11 boys and 11 girls. It’s rare to have so many male dancers in a large group.

“It’s amazing to have to adapt and let go of what you want, while staying true to your style too,” said Elisha.

Elisha’s own personal style is balletic. His body and long extensions are suited for ballet and contemporary, yet his movements are sharp. Elisha said he likes to express what he’s feeling, and project emotion with his extensions and upper body.

And along with late night rehearsals, he will have to double up and prepare for assessment classes, which happen to fall in the same week. This gruelling schedule and dance life was a big adjustment for Elisha. He was on a two-year hiatus from ballet until he joined a competitive school and got accepted to Ryerson.

“As soon as September came, it’s as if a train hit me. I’ve been up for rehearsals every day at 8 a.m. till 8 p.m. since school started. I’m literally living at school. I just go home to sleep and come back,” said Elisha.

In addition to a full class and rehearsal schedule, Elisha assists his sister, also a dancer and contemporary teacher, at his old ballet school. He also works at a restaurant to fund his education.

On his way back to rehearsal, Elisha crossed the road and a car turning right nearly hit him.

“Don’t hurt these legs,” he yelled.