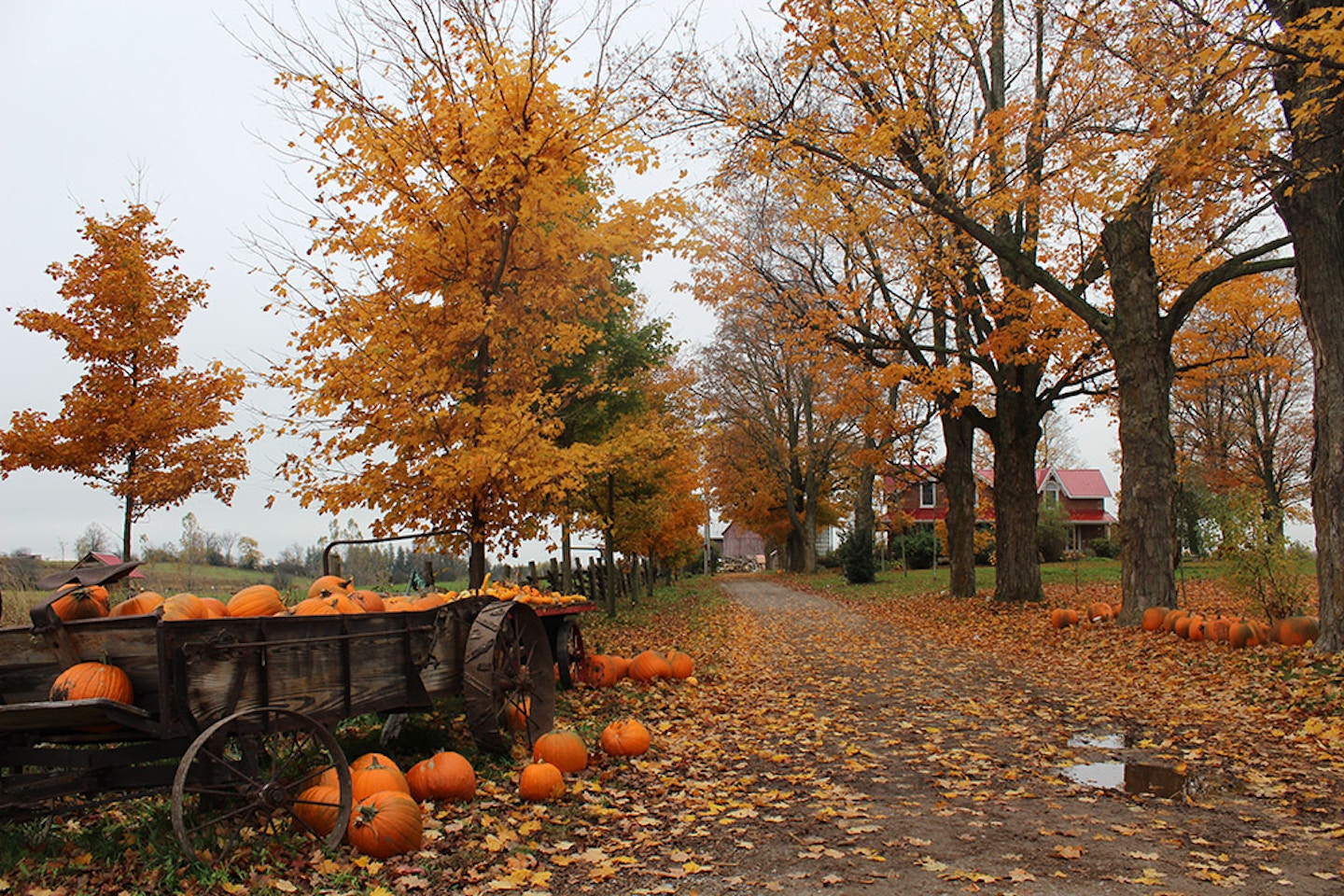 Last weekend over Thanksgiving, I had the chance to visit a farm on my way home. I look forward to going up to the cottage on the holiday just for that reason… because every year, we stop by and pick a few pumpkins. After about two minutes of taking pictures and choosing our pumpkins, we were greeted by a bunch of furry hosts.

That border collie is the friendliest dog, and wanted to get in our car. He then rolled around in leaves and wouldn’t get up until I proceeded to rub his big belly. Then, out of nowhere, an orange cat ran up on the pumpkins and started climbing trees, before he too, tried to hop into our car. Sadly, we only took pumpkins home that afternoon.

They even had a chicken coop… which the cat eyed mischievously.