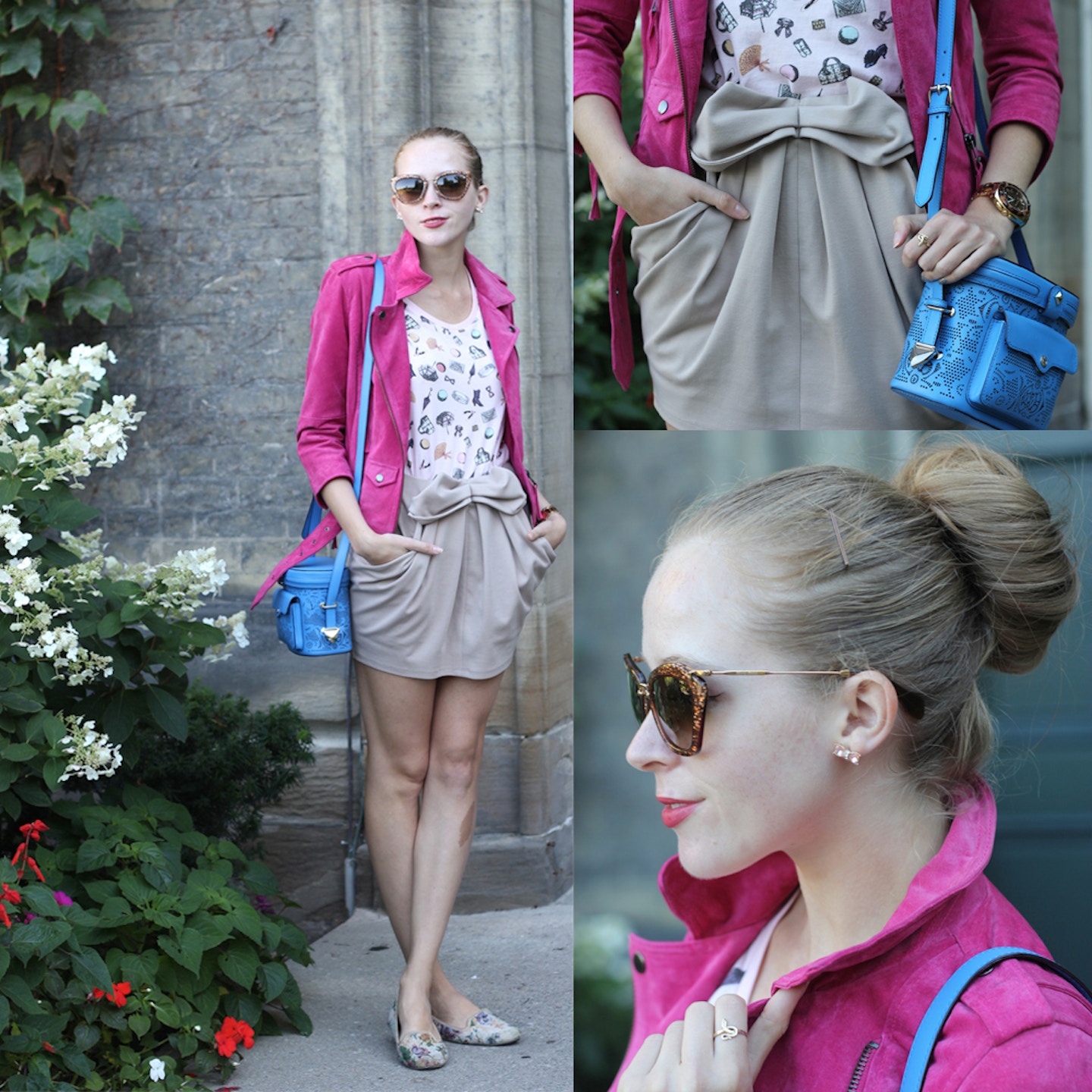 Last weekend, we just got back from NY but ended up going on a little outing because TIFF was in town. I’m sure most of the city is still recovering from over 10 days of parties, premieres and press conferences, but we were excited to get downtown and check out the festival.

We started in Yorkville, where dozens of people waited outside the Hazelton and Park Hyatt hotels in hopes of catching a glimpse at a celebrity. We didn’t see any, and they probably didn’t either. We were hungry and in search of food, so we ended up at one of our favourite restaurants, near Yorkville.

Right at Bloor and Spadina is a tiny Thai restaurant called Real Thailand. We took a seat on the patio and ordered our usual- basil duck which is always delicious. Afterwards, we were hoping to catch a screening, but none of the showtimes seemed to work out, so we ended up walking through U of T.

I’m standing under the atrium to Convocation Hall, where my sister has a couple of her classes this semester. I’m wearing a pink suede jacket from Bershka in Prague (similar here), a Laduree for Uniqlo tshirt which features the cutest girly and macaron print, a bow skirt c/o Miia, my new Miu Miu glitter sunglasses and my Rebecca Minkoff Collin Camera Bag.

I wanted to wear something casual yet elegant, so I wore a tshirt with a cute skirt and topped it off with a stylish leather jacket and colourful accessories. I wore flats, thankfully, because I was walking around all afternoon.

I’m obsessed with my new sunnies, they are so girly and add extra oomph to any outfit. I wore my hair in a dramatic sock bun which was perfect since it was so breezy.

While we were snapping pictures, we started to hear the bells from the Soldier’s Tower. We walked up to it, and turns out, there was a carillon concert. I remember being serenaded every Sunday by Utrecht’s Dom Tower. The concert was about an hour and afterwards, we got a rare chance to go up into the tower and see the carillon players and the bell instrument as well.

It was completely unexpected, but I loved getting an intimate view of something I’ve walked by so many times before.