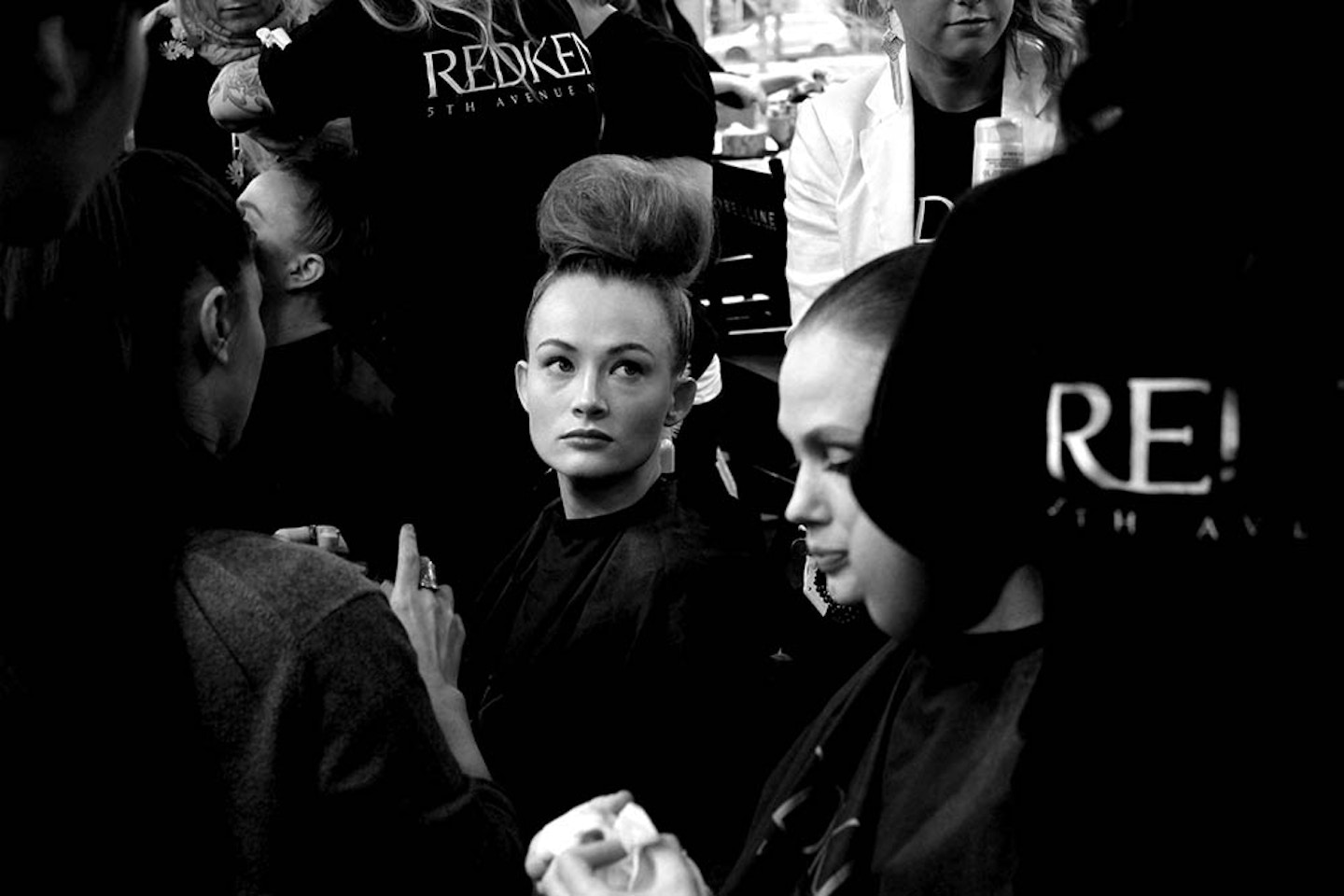 A winter blizzard hit Toronto near the end of March, a week that coincided with World Mastercard Fashion Week on Mar. 18 to 22. The blustery weather was fitting, as designers were showcasing their fall and winter 2013 collections. Trends such as capes, elbow-length leather gloves and rich hues of burgundy and emerald were seen on the runway. But these trends could have been worn seven months early by fashionistas outside the tent decked out in their best fur adorned with a tuque on top.

The fashion week was the second season in Toronto produced by IMG (an event company that also produces Milan and London fashion weeks). WMCFW showcases Canadian design talent. Often viewed as a highly commercial fashion week, this season, designers such as DUY and Pavoni have brought a little couture to the Canadian fashion scene.

Photo 2 – Fashion bloggers and photographers alike gather outside the tent at David Pecaut Square in Toronto on March 19, 2013, to catch up and snap each other’s outfits.

Photo 3 – A model is surrounded by the Redken Canada hair team backstage on March 22, 2013 in Toronto. Her quirky hairstyle for the Stephen Caras show was achieved using only her own hair.

Photo 4 – Runway organizers and guests get seated before a show starts on March 22, 2013 in Toronto.

Photo 5 – A beaded frock from Pavoni’s latest fall collection struts down the runway on March 22, 2013 in Toronto.

Photo 6 – A closeup of a dress at the DUY show. Duy Nguyen was the winner of the Mercedes Benz start up competition, which gave him the funds and opportunity to present a collection at WMCFW. At the Toronto Fashion Incubator press and buyer’s brunch, Nguyen said that the fabric seen in this dress was very costly tulle with embroidery. He currently doesn’t sell in any stores, because he says his pieces and the materials used are too expensive to produce on mass. Toronto, March 19, 2013.

Photo 7 – The closing wedding gown look at the Pavoni show, which was the last look to walk the runway at WMCFW this season on March 22, 2013 in Toronto.

Photo 8 – Aion Clarke performs at the Karl Lagerfeld watch launch party in the Shangri-La hotel in Toronto on March 22, 2013. The unofficial after party for WMCFW was attended by many designers and fashion’s elite.

Photo 9 – The final runway look from the Joe Fresh fall 2013 collection. The collection was inspired by Paris with a grunge twist. Toronto, March 20, 2013.