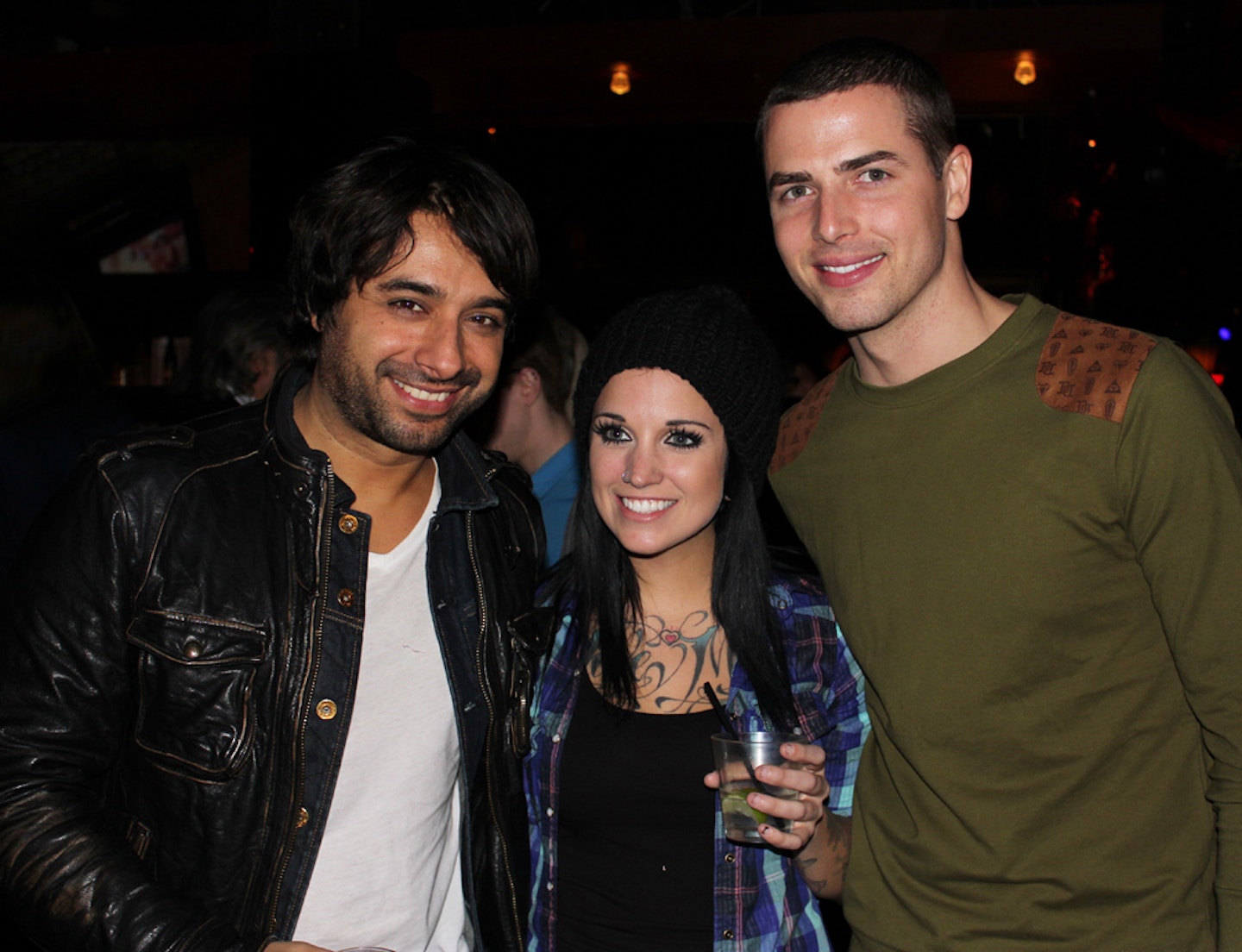 Last night at the Century Room, Canadian musicians came to the year-end screening of MuchFACT.  The organization has funded many Canadian artists over the years, and 2011 was one of the most successful yet.  With 8 MMVA Awards, 11 Juno Awards, a Polaris music prize that was awarded to the Arcade Fire- who also won a Grammy on top of that.

I fell in love with her tights, so I asked her where they’re from, and she said, “The one and only, H&M.” I love horizontal stripes, but you need killer gams to pull them off!

Guests feasted on pulled pork sliders, poutine and potato chips.  Not exactly the best food for someone g-free! But it looked pretty good.

A few players from the Toronto Argos were at the party as well.  I’m probably 5’11” in heels, and I still looked tiny in comparison!

The event was a great way to celebrate the accomplishments of many Canadian artists that have made it big thanks to MuchFACT.