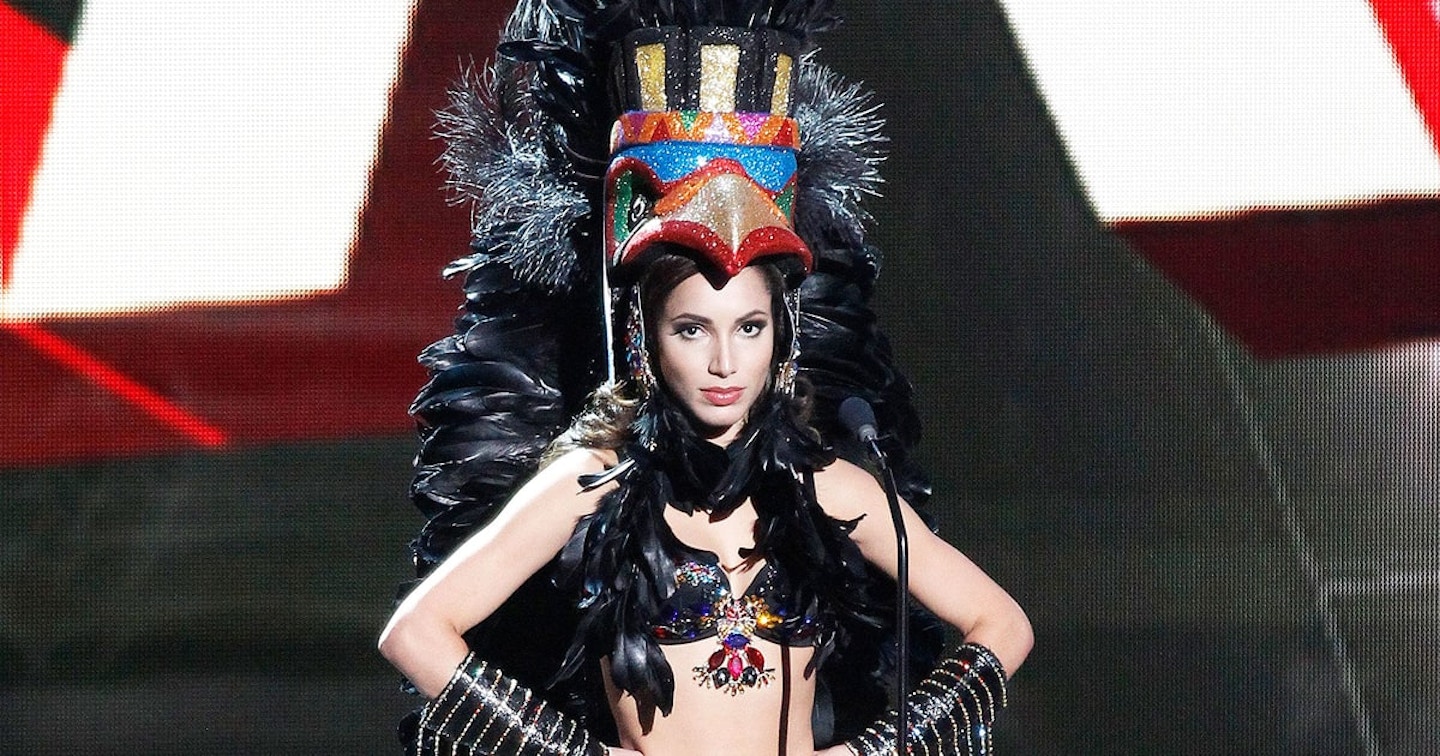 I’m going to preface this blog post by saying let’s leave Trump and his politics out of what I have to say. I was scrolling through my news feed on Facebook when I noticed a photo of Miss Universe Canada’s National Costume. Last year, Chanel Beckenlehner (Miss Universe Canada 2014) made international headlines for her wacky hockey costume. I only hope that this year, Miss Universe Canada 2015, Paola Nunez gets the same attention for her costume, and that it will bring important discussions to the forefront. Unfortunately, we’ve gone from shock and awe to shock and appropriation. In a year where Canada has moved a step in the right direction towards the goal of reconciliation, an organization that strives to support the goals of education and charitable initiatives, this is deplorable and incredibly insensitive to our First Nations peoples.

Miss Universe Canada’s National Costume itself features Miss Nunez in a headdress made out of feathers, and an eagle helmet. The eagle has powerful meaning for many aboriginal nations and for many, is their own totem. Baring her midriff, the costume features a totem pole, literally starting at her bikini line. I felt a bit sick to my stomach seeing this totem pole, emblazoned with rhinestones, sequins and feathers to create a lasting impression on the viewer. What the organizers and designers of this costume don’t realize, or even worse, disregarded is the deep, symbolic roots of the totem poles for six First Nations groups in Canada. To disregard this history, and appropriate these sacred symbols at the expense of a national costume at a beauty pageant is deplorable.

It’s deplorable at a time when we have our new Prime Minister, Justin Trudeau declaring that the final Truth and Reconciliation Report will usher in a new era: “It is to lift this burden from your shoulders, from those of your families and communities.  It is to accept fully our responsibilities  and our failings, as a government and as a country,” This acknowledgment is worth so much, and now, we must move on to education and continuing the dialogue. (Every Canadian should take their own time, and read the executive summary of the Truth and Reconciliation Commission Report.)

While a beauty pageant is insignificant in the big perspective with other issues facing First Nations (for instance, the imminent Site C dam, and the tragedy of the MMIW), it is still important to note that we must respect history and culture, and not use it in a disrespectful way.

Several years ago, I had dreams of one day walking the stage of Miss Universe, and was a contestant in the GTA preliminary. I wanted to work on humanitarian issues, travel and advocate for education. I am completely ashamed of the organization for this costume. Bring back the hockey sticks any day.