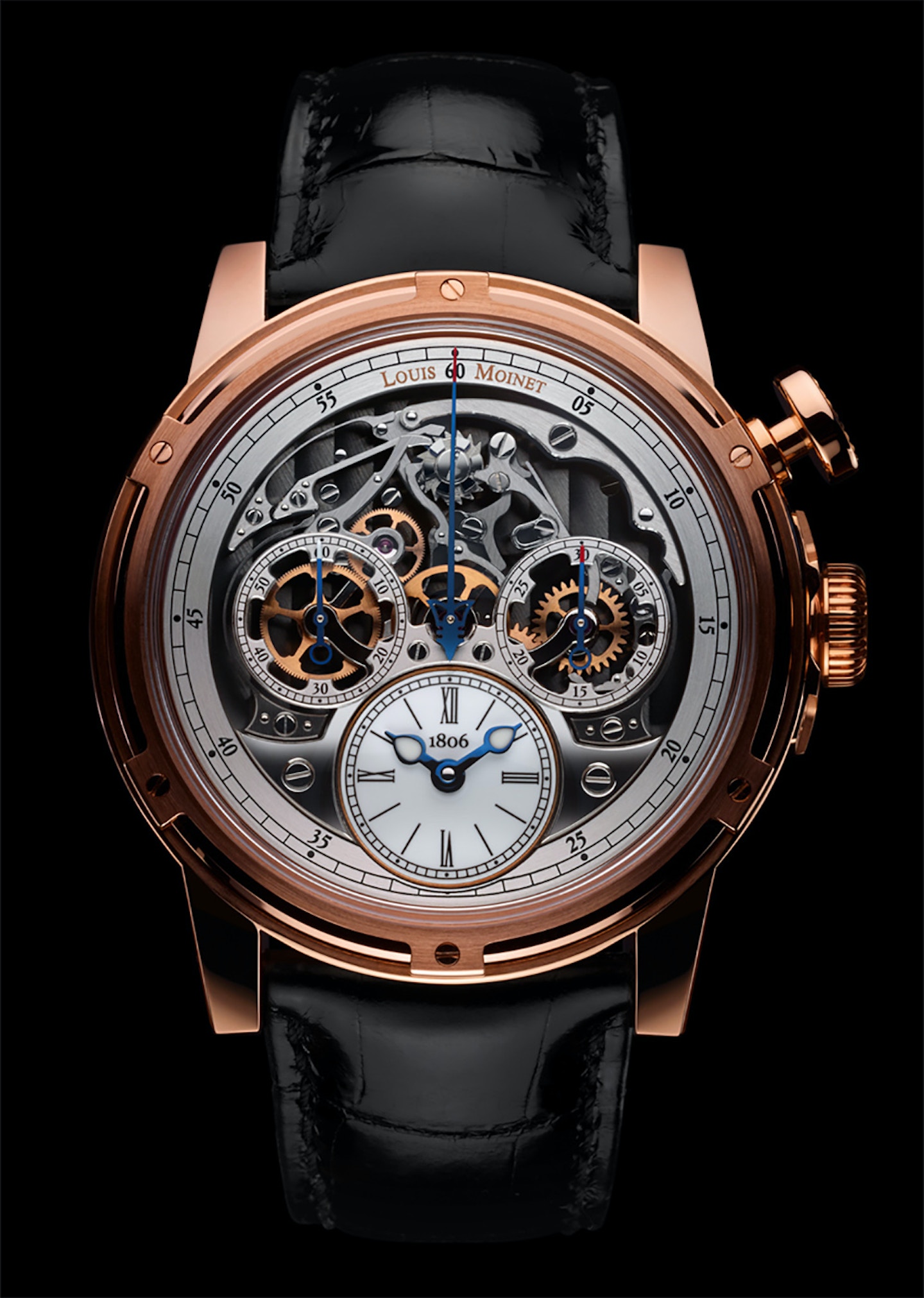 In our modern era, we keep track of the time in hundreds of different ways, and yet most of them involve looking at a digital screen, whether it’s strapped to our wrist on a smart watch, or turning on the display on our phones stowed in our pockets. And yet one measure of time is enduring, ticking away on our wrists and helping us keep track of time long after our iPhone’s battery dies.

Exactly two hundred years ago in 1816, French watchmaker, Louis Moinet invented the chronograph. Known as the ‘compteur des tierces’ the invention could measure down to the sixtieth of a second (known as a “tierce” in French). Until a couple years ago, it was believed that Adolphe Nicole patented the stopwatch in 1862, however, a purchase of an unknown watch revealed that Louis Moinet invented the chronograph nearly 50 years before! To celebrate this achievement, the Swiss independent watch brand named after the ingeneous watchmaker has released the Memoris timepiece. Louis Moinet, which is based in Saint-Blaise, Switzerland and founded by creative director, Jean-Marie Schaller is also celebrating 10 years of exquisite watchmaking with the launch of this timepiece.

The Louis Moinet Memoris is bringing new life into the history of the chronograph, as it is the first watch with an integrated chronograph in the dial itself. This innovation is so spectacular; it’s nominated for a prestigious Grand Prix d’Horlogerie of Geneva.

In the watch-making world, bells and whistles are also known as complications. By moving the chronograph feature to the dial, it has become integrated into the core of the design, eliminating the complication. Another feature of the watch is the “Energie Plus” system. The timepiece can be wound in both directions, which gives incredible precision and ensures you will never have an excuse to run late.

In terms of fashion and design, the Louis Moinet Memoris timepiece features three colour options, with 18K pink gold, 18K white gold with a rhodium-plated mainplate and an 18K white gold blue mainplate. The timepiece also features an elegant black crocodile bracelet. The clean design highlights the mechanics of the watch with an exhibition caseback, revealing the captivating self-movement inside and four synthetic rubies. The pink gold version is classy and stunning, while also unisex with its refined, clean design. In each iteration, only 60 timepieces have been created; the watch is as beautiful as it is unique.

A timepiece goes beyond a smartphone’s digital display. While both tell the time, an exquisite watch has a character, and a heart that converts the movements of everyday life into keeping time. The Louis Moinet Memoris not only captures hours, minutes and seconds in everyday life, but honours the innovation and history behind one of the great masters of time.