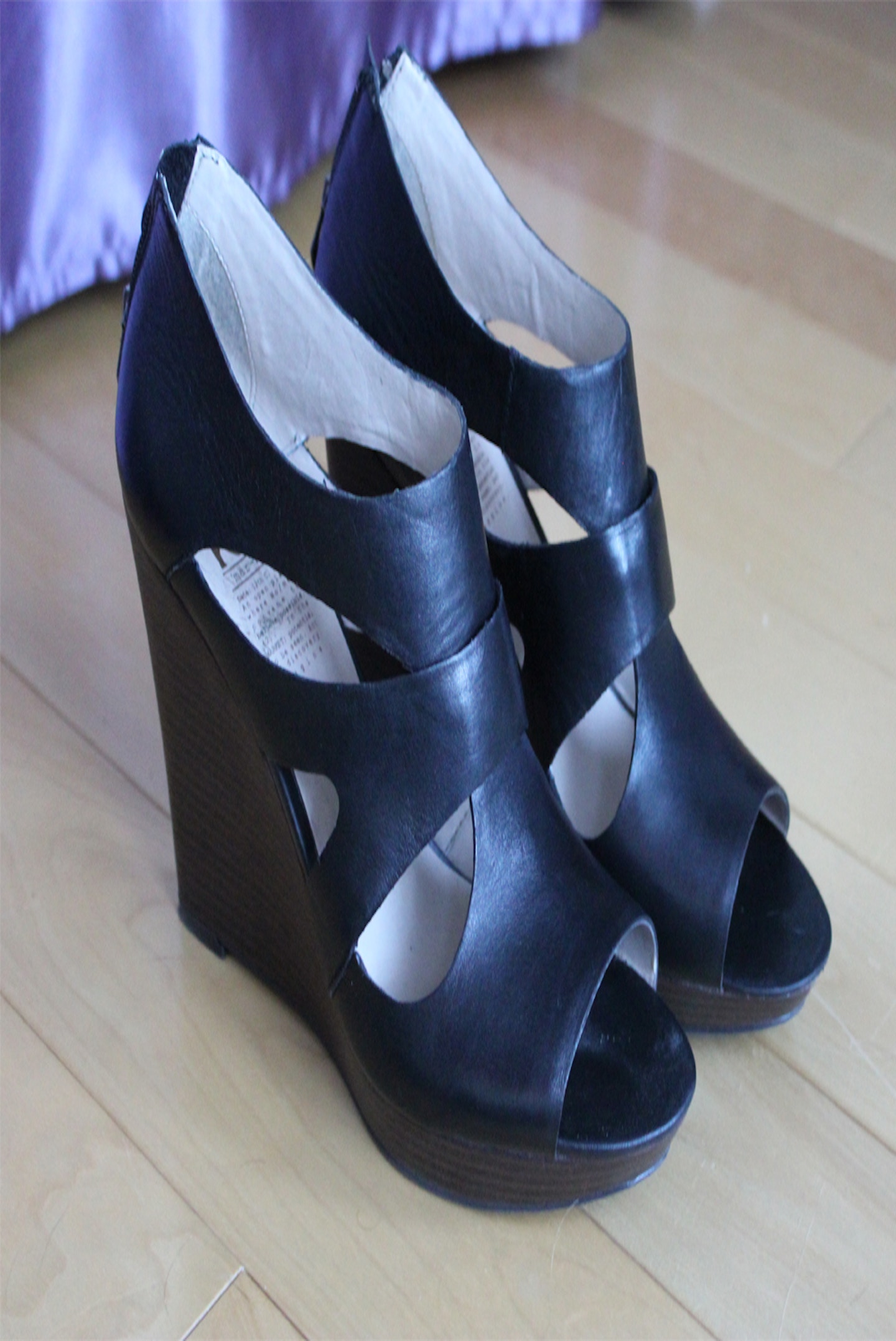 Last night at the Ritz Carlton in Toronto, supermodel Coco Rocha premiered a documentary about Haiti that was directed by the husband, James Conran.

Nearly two years ago, Haiti suffered a catastrophic earthquake.  The country is in a desperate state and this film attempted to illustrate the devastation.  The film followed Rocha and photographer Behati Prinsloo as they visited Haiti a year after the earthquake.

Personally, I thought the film only scratched the surface of what’s going on in Haiti.  The narration of the documentary seemed uninformed (maybe that was the point), and there wasn’t much additional research and hard-hitting facts that would illustrate the impact of the natural disaster.  I felt as if the documentary would introduce an interesting point, like the rise in births due to rape in the tent cities, and then it wasn’t expanded upon at all.  It felt like a summary pulled together with pretty images of a supermodel interacting with children.  There’s no doubt this film was in good nature, I just wish it illustrated LakayPAM‘s philanthropic efforts and donations in a better light.  Apparently, the charitable organization gave donations, yet the film only focused on Rocha giving children toys and letters written in English- even though the native language of Port-au-Prince residents is French.  Supposedly, it was about giving the children a physical and tangible donation to excite the kids.  In the end, it was great to see that the next generation of Haitians still have enthusiasm and hope.

The party was organized by FLARE Magazine, and featured a silent auction consisting of photos by Behati Prinsloo from their Haiti trip.  Well into the evening, only a few photos had bids.

Most of the attendees’ fashion was conservative and very high-end, but I loved this man’s boots and casual way of dressing.  He’s so pulled together, you don’t even notice the rips in his pants- which only add to the look.

Accessories seemed to be the main draw at the event, and Rocha’s Louboutin olive green snakeskin booties were edgy and gorgeous.

Guests could take photos in the photo booth, and even Coco Rocha brought some of her fabulous posing to snap pictures with fans.

Flare magazine’s editor, Lisa Tant joked that Rocha didn’t need to take photos in the booth, she’d give her another cover.

Stylist, Ashley Bilodeau and I were lucky to snap a few pics with the model. Ashley asked Rocha to pose with us and she replied, “Sure, but only with we do crazy poses.” I love the energy she brings to shoots, Rocha definitely has a personality in front of the lens.