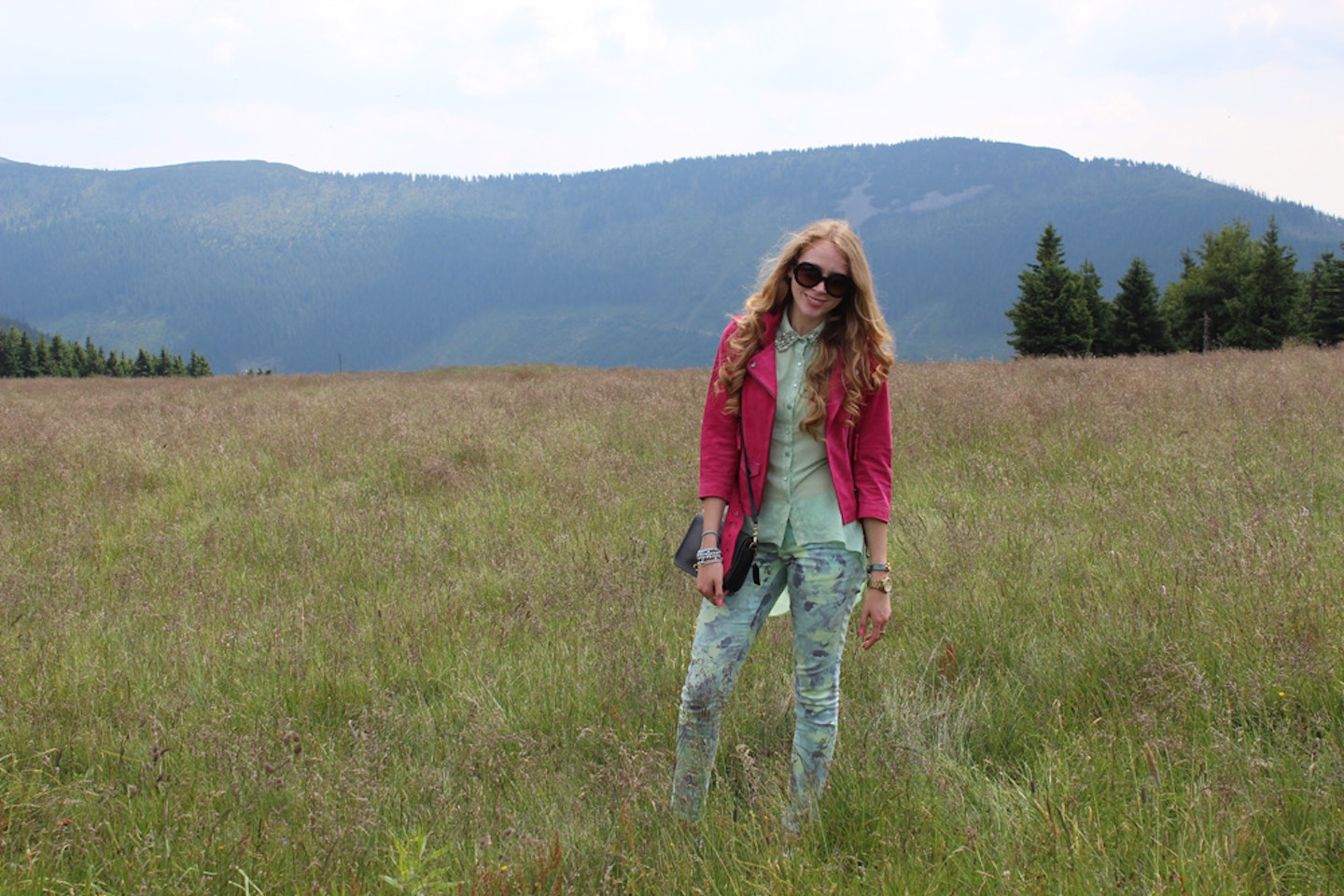 Today, my family visited the Krkonoše mountain range. Situated at the North, on the Polish border, we drove all the way up to admire the view. I also spent a solid 20 minutes running around in Poland. Okay, it was only a trail along the border, but it was fun to go back and forth between Czecho (what we’ve been affectionately calling Czech Republic) and Poland.

After walking along the trail, we stopped for some pictures of the lovely view.

I’m wearing a suede jacket I picked up yesterday from Bershka in Prague. I paired it with a pistacchio green chiffon top from Urban Planet, printed jeans from Target, my Mickey Mouse keds and my vintage Coach bag.

I expected it to be much colder when we reached the top, and while it did in fact drop 8 degrees than at the bottom of the mountain, it was still a comfortable 18 degrees or so outside… perfect for hiking, biking or ziplining (if you were adventurous enough).

While the mountains are a lot more lively in the winter, when Germans and Czechs flock to the slopes, there were plenty of summer activities. People came in droves to rent bikes or scooters, and some brave young souls were having fun trampolining, ziplining and freefalling in the foothills in Špindleruv Mlýn.

You could still take cable cars up to the very top, but my mother and I have vertigo and fear of heights… while I could handle the way up, I think I would freak out going down a steep chairlift instead of calmly skiing down.

In Špindleruv Mlýn, there was also Krakonos, the mountain’s mascot and symbol. He was a mountain man and Lord of Weather, and is popular in German and Czech folklore. He would give presents and meat to the village people,  but was also known as a trickster. Because he was known as an alchemist and sorcerer, one mountain in the area is called Kotel, which means cauldron in Czech. It is said that when fog rises from this mountain, Krakonos is making traditional kyselo soup.

It was a lovely view, and I was happy to get some fresh air…