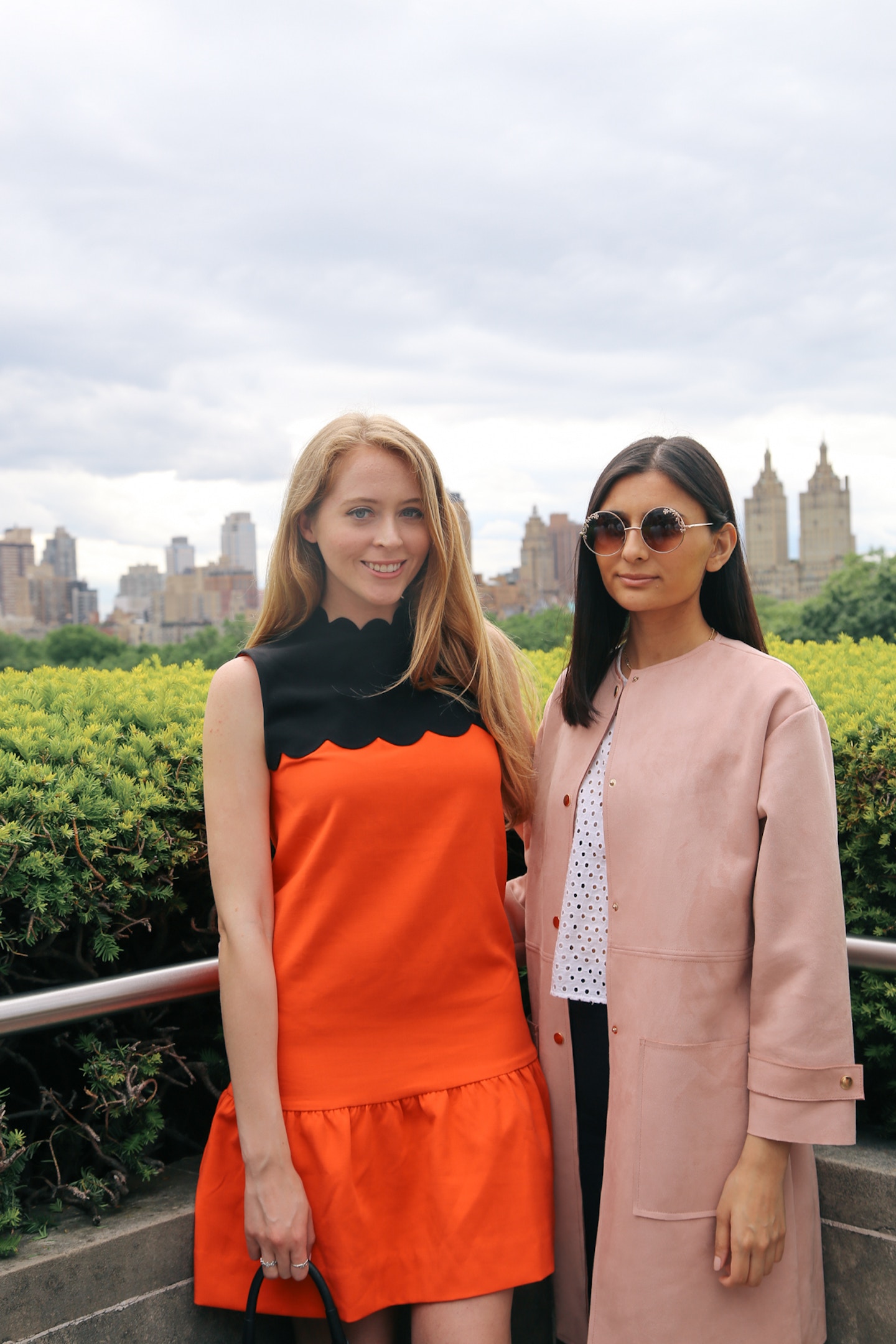 After finishing law school, I didn’t have much time to breathe… the first week was spent moving back home, prepping for a job interview (I got it!) and catching up with friends and family. Then came studying for the bar exam, which pretty much swallowed up my whole time. I was chatting with my friend Sabina of VitaandModa.com one day, and we decided to book a Girls weekend in New York City on a whim! We didn’t know where we were staying, but thanks to my friends at Expedia.ca, they helped us with a perfect hotel in the perfect location! Keep reading for a recap and itinerary of our girls weekend in New York City!

There are so many places to stay in New York City, but we were so excited Expedia.ca helped us book The Carnegie Hotel. Located in Midtown on 56th Street and 7th Avenue, directly across from the iconic Carnegie Hall. Our room was fabulous, spacious and had an incredible view of Carnegie Hall. The room was very modern, with an incredibly comfy king-size bed. There was a fridge in the room, perfect for storing snacks or a bottle of Prosecco, and floor-to-ceiling windows that had automatic blinds. One of my favourite features was the double vanity. Sabina and I could both get ready at the same time, and the mirrors even lit up – for expert makeup application!This hotel is new, and everything felt so fresh and modern. The girls at the reception desk were so friendly and fun too!

The best part was the location. It was a 15 minute walk to Lincoln Centre, 5 minutes to Fifth Avenue, and about 10 minutes away from Times Square. There were many subway stops nearby, and Columbus Circle steps away. I would definitely stay at The Carnegie Hotel again, but you can check out more hotels in New York at Expedia.ca.

New York City is a great place for food… some highlights include authentic pizza in Greenwich Village, Shake Shack burgers and coloured macarons from Ladurée in SoHo. One of my favourite spots we discovered was Souvlaki GR Midtown, which was conveniently right beside the Carnegie Hotel. Sabina had Souvlaki pita, while I opted for lamb souvlaki and an AUTHENTIC Greek salad. Bring on the feta! I loved that the restaurant was decorated to look like a charming Greek Island.

Nearby, I also spotted a window for La Esquina tacos (one of my favourites in NoHo). We celebrated with a round of drinks that came served in a teapot at Tanner Smiths (both on 55th Street). The bar had a really chic, speakeasy vibe, and was steps away from our hotel too!

For breakfast, we took advantage of The Carnegie Hotel’s complimentary breakfast buffet. Even as a celiac, I had many options, and would eat yogurt, oatmeal and fruit every morning! There was also complimentary tea, coffee, juice and snacks at all hours, which helped us from getting too hungry during the day.

On Day 1, we walked over from our hotel to the Lincoln Centre to buy tickets for the New York City Ballet. If you’re under 30, they’re only $30! We then walked from the West side through Central Park, stopping at Belvedere Castle for a phenomenal view of the iconic park.

One of our top destinations was the Met Museum to catch the Rei Kawakubo / Comme des Garçons Art of the In-Between exhibit. This was my first time at a Costume Institute exhibit at the Met, and I’m planning to make it an annual pilgrimage! I can admit I’m not a massive Kawakubo fan, but with every piece of art I saw, I grew to appreciate the designer’s vision more and more. It really is a must-see for fashion lovers or anyone who likes avant garde art. Before leaving, we stopped to visit the Met’s rooftop to take in the view.

We headed back to our hotel in time for wine hour at the Carnegie Hotel, and get ready for the ballet.

At the Lincoln Centre, we saw the New York City Ballet’s production of A Midsummer Night’s Dream, which was absolutely breathtaking. Some of the pas de deux had me at the edge of my seat! This was Balanchine’s first evening-length ballet choreographed in America, and the fluid movement, enchanting costumes and comical story was fit for any audience. I’m a die-hard ballet fan, but I was so excited to take Sabina to her first ballet – it’s a high bar that’s been set! If you have the opportunity, definitely try to see a show at the Lincoln Centre, be it the ballet, the Met Opera or the symphony. The experience of dressing up and catching a show at this mecca for the arts is one of my favourite things about New York.

On Day 2, we headed to SoHo and downtown to explore. We spent the day window shopping in SoHo, and exploring Greenwich Village. If you love all things Millenial Pink, a stop at the Mansur Gavriel pop-up shop is a must!

We then walked over to the Brooklyn Bridge. It was full of tourists and a bit difficult to get a clear picture but I was in awe of the massive structure, and the stunning views of Manhattan. Afterwards, we visited Century 21 near One World Trade Centre and literally shopped till we dropped! I’m surprised all those shoes fit into my luggage… We capped off the day with dinner at Souvlaki GR Midtown, and a round of drinks at Tanner Smiths.

On Day 3, we had a plane to catch later that day. It was also Memorial Day, so to avoid any crowds or closures, we decided to stick closer to the hotel, and went shopping on Fifth Avenue. We had fun trying on jewelry at Bergdorf Goodmans, rifling through the designer sales racks (some serious deals to be had!) and popping into other shops along the strip. We made it back to The Carnegie Hotel, picked up our bags and said goodbye to NYC!

I was amazed at how much we could pack into a weekend trip! We definitely didn’t stack our trip full of museums or shows, but we took the time to explore different neighbourhoods. It was great having a hotel so conveniently located in the centre of it all!

If you want to visit New York, check out Expedia.ca’s flight deals and you can also find some fancy New York hotels here.

…PS it’s a great idea to bundle your flight and hotel on Expedia.ca to save more! I also used Expedia.ca for TD to get more points too.