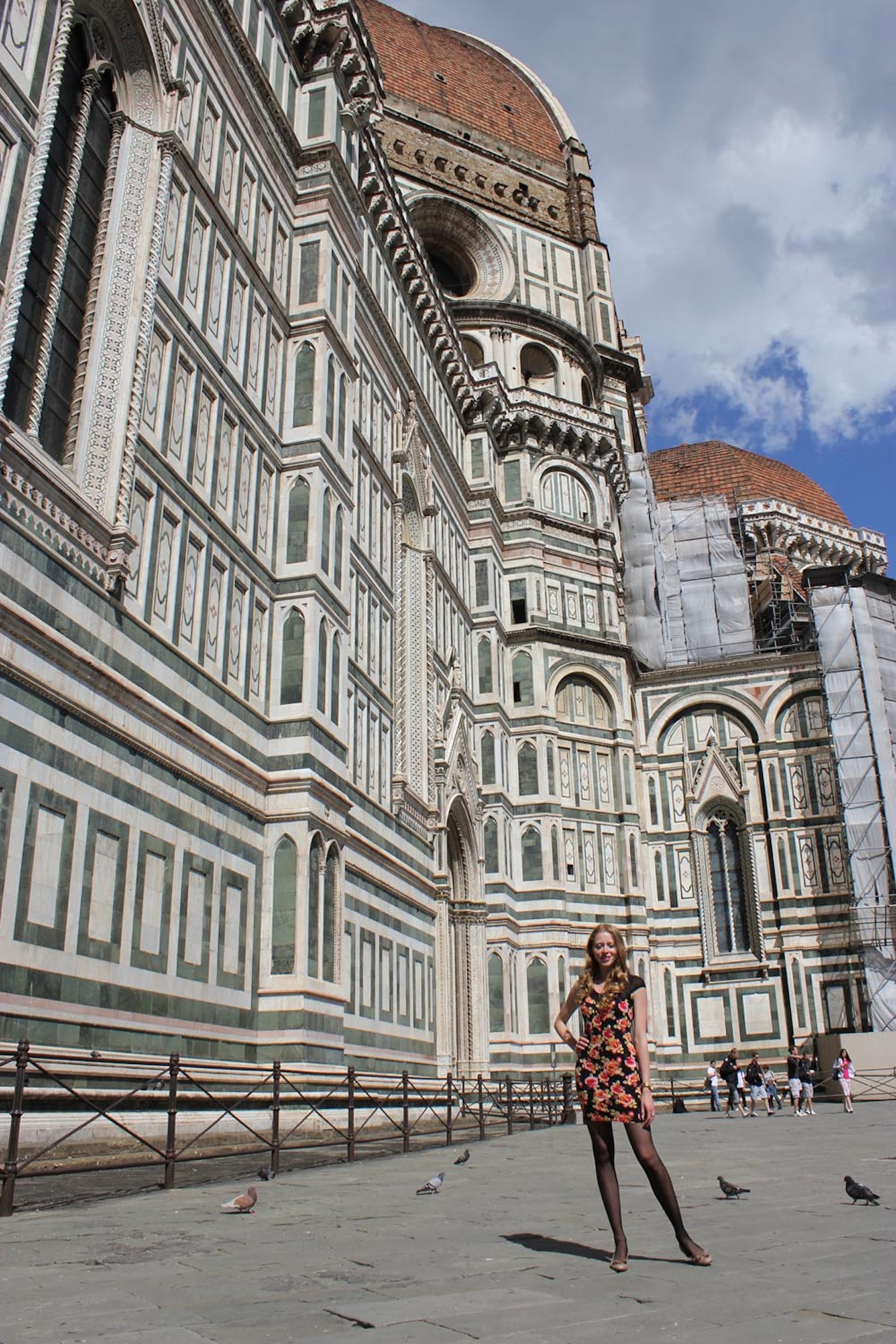 The Basilica di Santa Maria del Fiore, and the Duomo, designed by Brunelleschi is one of the most spectacular cathedrals I’ve visited. The dome itself sparked the Renaissance, and  marks the depart from Gothic architecture.

I climbed to the top of the duomo, and since it’s the highest building in Florence, the panoramic view was spectacular.

Of course, my boyfriend couldn’t stop freaking out over all the rooftops he remembered climbing in Assassin’s Creed II.

To match the colours of Tuscan red wine, bell peppers and pomodori, I wore this floral dress from Forever XXI. My shoes are Salvatore Ferragamo of course, which were made and purchased in Florence many years ago by my aunt.

Not only is there a spectacular city view (where you can see merchants selling leather in the San Lorenzo market), but you also get a beautiful peak at the mountains and hills surrounding the city. I could only dream of the grapevines growing there.

You can see most of Florence and the train station from up top, and you can see how other churches were influenced by Brunelleschi’s dome. A dome within a dome, this structure is a marvel of architecture and engineering.

Inside the dome are beautiful frescos, I was awestruck by how high these were painted above the cathedral floor.

The facade was a work of art in itself. Designed by Emilio de Fabris.

I never knew of the green white and red marble comprising the outer structure, so seeing the Florence Cathedral for myself was a treat. It’s definitely one of the most unique churches I’ve been to, even with the lengthy climb to the top.

People scribbled their names into the marble on the top terrace of the duomo, but I prefer to leave nothing but memories of the beautiful view.