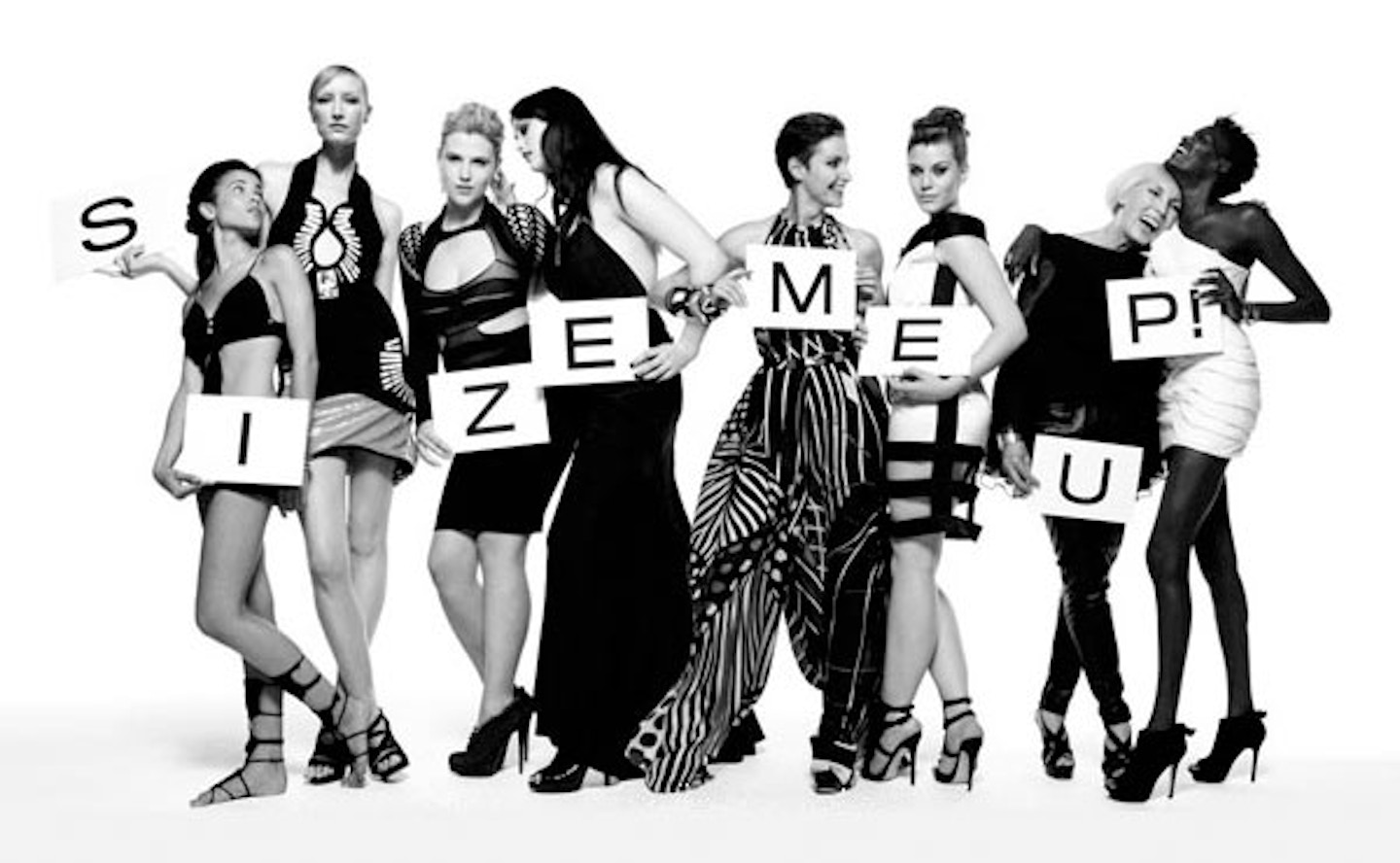 When you think of fashion models, often tall, leggy and thin come to mind. But last Saturday, a lecture featuring former i-D Magazine editor, Caryn Franklin, opened up a discussion on diversity in fashion. Franklin said from the start that she didn’t want to recruit students to her way of thinking, but rather to be aware of the lack of diversity in fashion and acknowledge the need for debate.

Students from the fashion program gathered for the Saturday morning lecture, which was hosted by the Fashion Diversity Lab at Ryerson.  The event was moderated by associate professor, Ben Barry, who also runs a modeling agency that represents above average, mature and models with visible disabilities. After the lecture, first-year fashion students had a project incorporating diversity where they designed garment illustrations, while others created blog posts or fashion editorial concepts. The goal of the day was for fashion students to create garments or media that incorporate diversity into fashion.

But with Fashion week happening in Toronto this week, the message behind the event was far-reaching and reflective of our culture and habits as consumers.

In her lecture, Franklin said that our culture is destabilized, thanks to a focus on brands in fashion, instead of empowering the individual. In the past, fashion reflected culture. In the sixties, hemlines rose as females were expressing their sexuality. The same can be said for wearing masculine cuts and denim in the seventies as women championed equality. The 80s power suit is another example of fashion reflecting how women were taking charge in the boardroom. Franklin said that in the recent past, fashion has been dominated by the brand imagery. And that imagery is a default of a young, white and impossibly thin girl, that is forever stuck between girlhood and womanhood.

“What I hope you are taking away from me is the power fashion has. Because the amount of imagery that we now see means that we are building up our own identity through fashion imagery,” Franklin says. She added that the ideals pictured in fashion influence the way we see ourselves.

An image from All Walks’ first campaign

That is what led her and a group of other fashion industry heavyweights to create All Walks Beyond the Catwalk, a campaign founded in 2009, that promotes diversity in fashion. They have created numerous campaigns coinciding with London Fashion Week that feature models from all walks of life. The campaign wanted to illustrate how diversity is aspirational as well, not just the default of thin.

Franklin has been lecturing at other fashion schools across the U.K. on behalf of All Walks, because she wanted to influence the next generation in the fashion industry.

“You are the new power brokers. There is no point talking to an industry that is currently in the process of trying to survive…” adds Franklin.

The industry today might be enamoured with promoting images of youth and emaciation, but Franklin highlighted that the biggest markets for purchasing fashion are often women past their thirties. She also said that the fashion industry cannot ignore China’s buying power. Fashion that speaks to older and more diverse clientele will make the customer feel good and ultimately, purchase more and bolster the fashion industry.

Franklin said, “We are not against young, white and thin. All states of feminity and masculinity are beautiful. It’s about how you frame it. And you, as the next generation of creatives have that power within your fingertips to make everybody that you come into contact with look great and feel great.”

You can also read a version of this article in the upcoming issue of the Ryersonian.