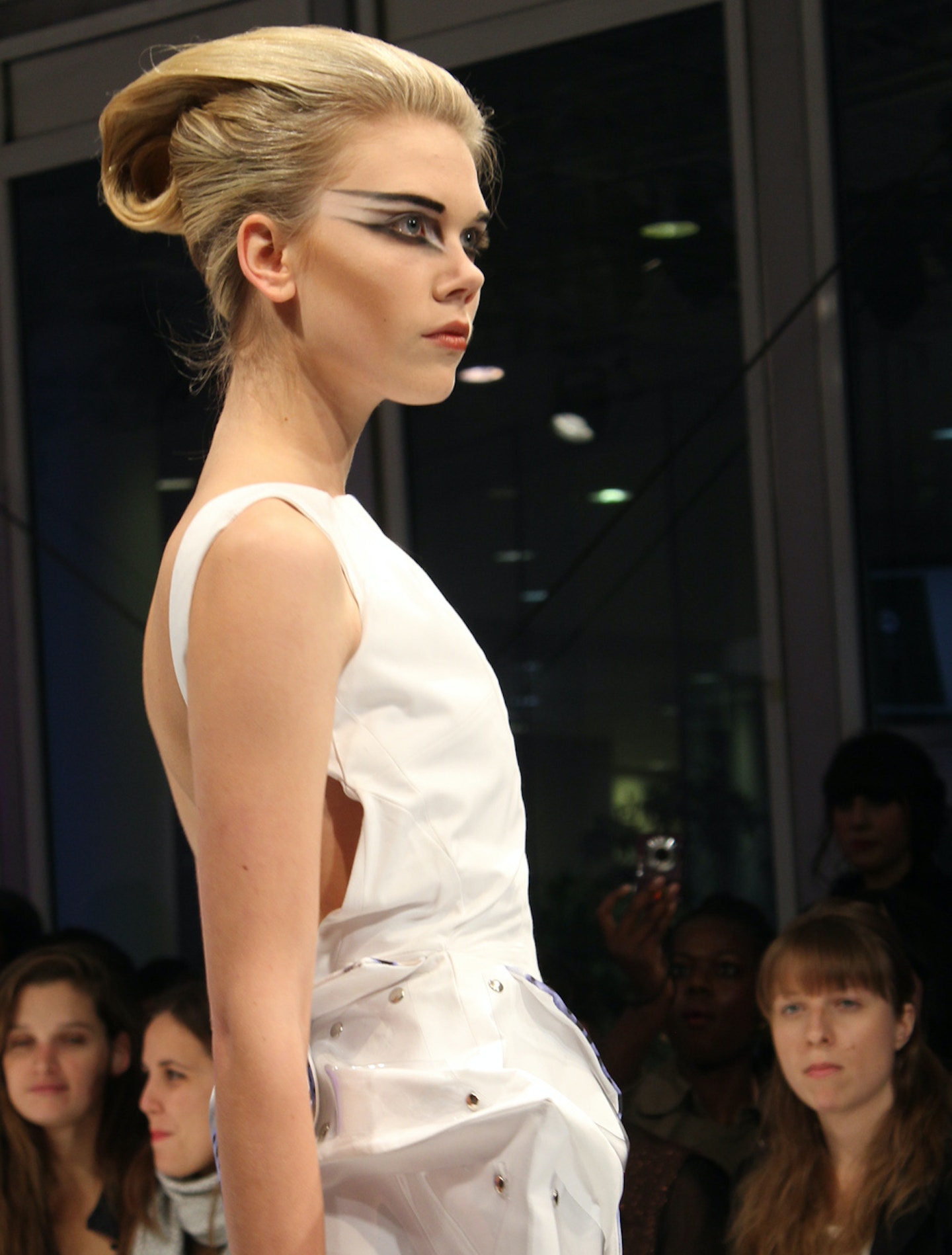 Last night, Cydelic by Choryin showed a Spring 2012 collection that was out of this world. Entitled “Alien”, the collection juxtaposed stark white architectural bodycon dresses with earthy animal print.

I had never heard of the label, but I was impressed with his mastery of shapes and that he created the most funky handbags I’ve ever seen.

The bags were in the shape of alien creatures and reminded me of the infamous triceratops bag by Giles Deacon.  The little monsters were made of a range of materials like felt, faux fur, bark and feathers.  I loved the purse handles which were made of animal horns.  The bags had a very rustic feel, and contrasted with the clinical white dresses.

Speaking of little white dresses, Choryin Choi is a master.  All of his short dresses were visually interesting and had such strong architectural shapes.

With jutting out hips and strong angles, I can easily see one of these pieces being pulled by Nicola Formichetti for Lady Gaga, albeit the collection was very reminiscent of Formichetti’s vision for Mugler.

The only aspect of the collection I didn’t like was the leopard print.  It didn’t mesh well with the modern looks, and it seemed too Cavalli as a maxi dress.

One dress I swooned over was the bodycon dress with clear plastic panels.  The model was wearing a black thong, ruining the visual effect of the dress.  Those plastic panels were so sexy, but definitely not for the average customer.

To match the modern looks, models wore black and white winged eye makeup and their hair was done up in slick sculptural updos.

The white dresses also played with texture (just like the handbags), with a white textured animal print.  I wish that print was carried out in the collection, to add a white-on-white embellishment instead of the blue and brown leopard print.

Choryin hung around the tents after his show, and I loved his Jeremy Scott x Adidas running shoes.  They are as adorable as his monster handbags!