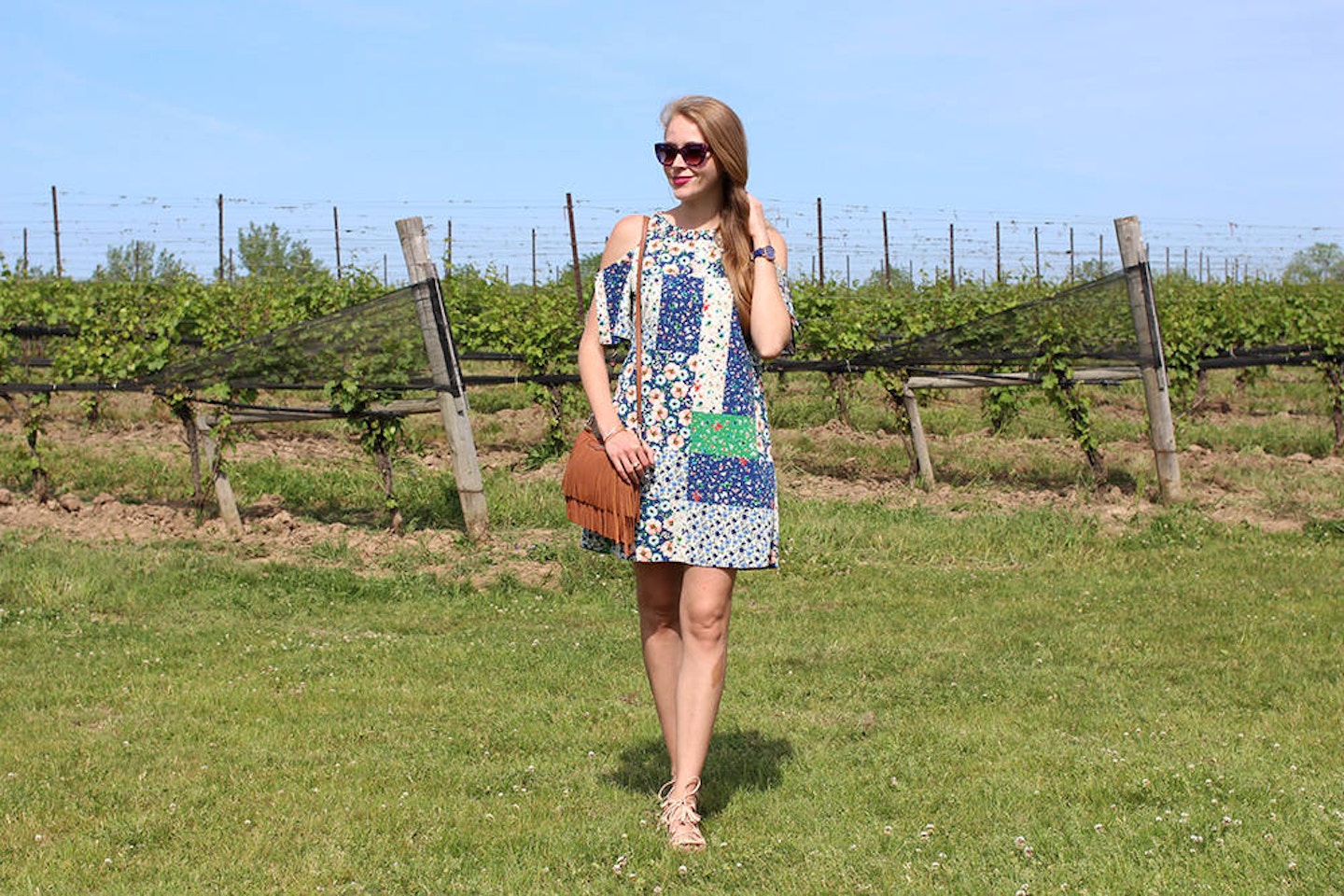 A couple weeks ago, my boyfriend played hooky for an afternoon and we escaped to Niagara Wine Country. A mere hour and a half on the highway (I loved the lack of traffic), we arrived in Niagara-on-the-Lake, with hunger pangs and a big thirst.

Our first stop was Ravine Winery Restaurant, a small vineyard in the heart of Niagara-on-the-Lake. The winery used to be a family farm, and it still is. They make most of their charcuterie on site, and I was excited to have a farm-to-table experience. We started with a cheese board which was absolutely fantastic. Featuring Quebec cheeses and fresh bread cooked on site (including gluten free bread for me!) it was an indulgent way to kick off our afternoon. Daniel had the Moules Frites which was massive and a great value (under $20), while I had the trout, which was underwhelming in comparison to the cheese plate. I sampled the Ravine Winery Sauvignon Blanc, which was so refreshing and unique.

Afterwards, we took some photos in the vineyards, which is a great photo opp. Some wineries restrict access so it was nice being able to admire the view and take some photos after our meal. We stopped by the little grocery store to browse, I would have bought some cheese if it weren’t so hot in my car! After paying the bill, we were pleasantly surprised that we got a free tasting at their wine store. We sampled the Cabernet Rosé, which smelled so much like watermelons, and the Reserve Chardonnay that almost tasted like a nutty spirit. My favourite by far was the wine I drank with my lunch. For Niagara-on-the-Lake restaurants, I would definitely recommend the Ravine Winery for value, the views and great food. It has a rustic vibe and makes for a great casual way to enjoy the Ontario wine region.

Following our meal and wine tasting, we drove around Niagara-on-the-Lake and stopped by the Centennial Lilac Gardens. The lilacs were a bit past their prime, but some varieties were in their prime, offering an intoxicating scent. Next door, we returned to the Niagara Botanical Conservatory for a long stroll to walk off our meal. We sadly missed tulip season, but I loved seeing some peonies and poppies. I’ll definitely come back in time to catch the roses once again!

As it was approaching the evening, we wanted to hit up another winery to buy some wine but it was too late, so we headed straight for the falls. Every time I see them, I’m always impressed by their size and power. It was a great way to catch the sunset.

After that, I wanted to hit the Niagara Outlet Collection, but Daniel was driving and I couldn’t stealthily lead us there. We went home and listened to disco music on the radio (clearly I was in charge of the soundtrack).