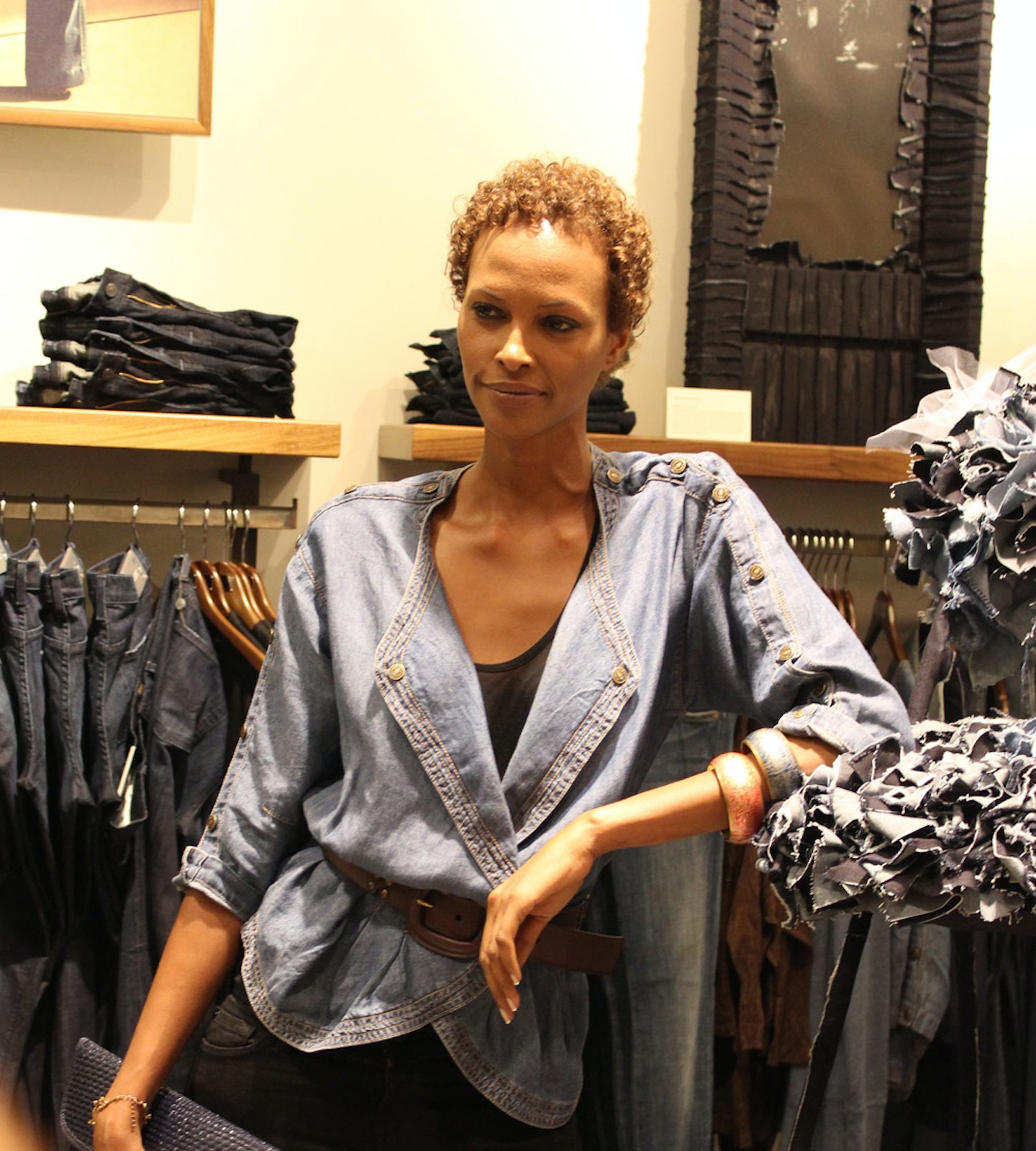 Wednesday night at Yorkdale Mall, jean label 7 For All Mankind opened their first flagship store in Toronto.  The evening featured an art exhibit called Seven Senses, which showcased the work of seven Toronto-based artists.  Guests could bid on the art installations at the silent auction, which benefitted The African Future, a charity dedicated to sending food to drought-ravaged Somalia. Canadian supermodel Yasmin Warsame, hosted the event.

Amid sparkling champagne, scrumptious French macaroons and luxury denim at the party, the evening’s message was about giving back.  “It doesn’t really take much to donate. Anything that you can, go to the website and donate $5,” says Warsame, who was born in Somalia, “We have to at least try to do something.”  The African Future (TAF) has no overhead costs, meaning every dollar donated goes directly to sending food and provisions to the people suffering in Somalia.

“I know everyone’s struggling, but the numbers are so large it would be my wish that nations would get behind it and just drop politics and say we need to help,” says Curtis Santiago, a mixed media artist artist and musician known as TALWST.  Santiago was one of the artists who created a piece for the event.

Throughout the store, seven art pieces perched upon shelves and tables incorporated denim to illustrate one of the seven human senses.  Santiago’s piece, “Distressed Denim” depicted taste.  “I thought of humankind on the basic level, if we’re starving and have nothing, something as simple as rice is going to be the finest taste to us,” says Santiago.

His piece was a relief crate covered in denim with a white parachute.  Inside the crate, rice was spray painted gold to illustrate how food is a commodity that is essential to mankind.  Santiago’s piece reverberated with the charity’s mission and to Warsame, because food and relief is exactly what TAF is sending to remote communities in Somalia.

The silent auction runs until September 8, with all the proceeds benefitting The African Future.