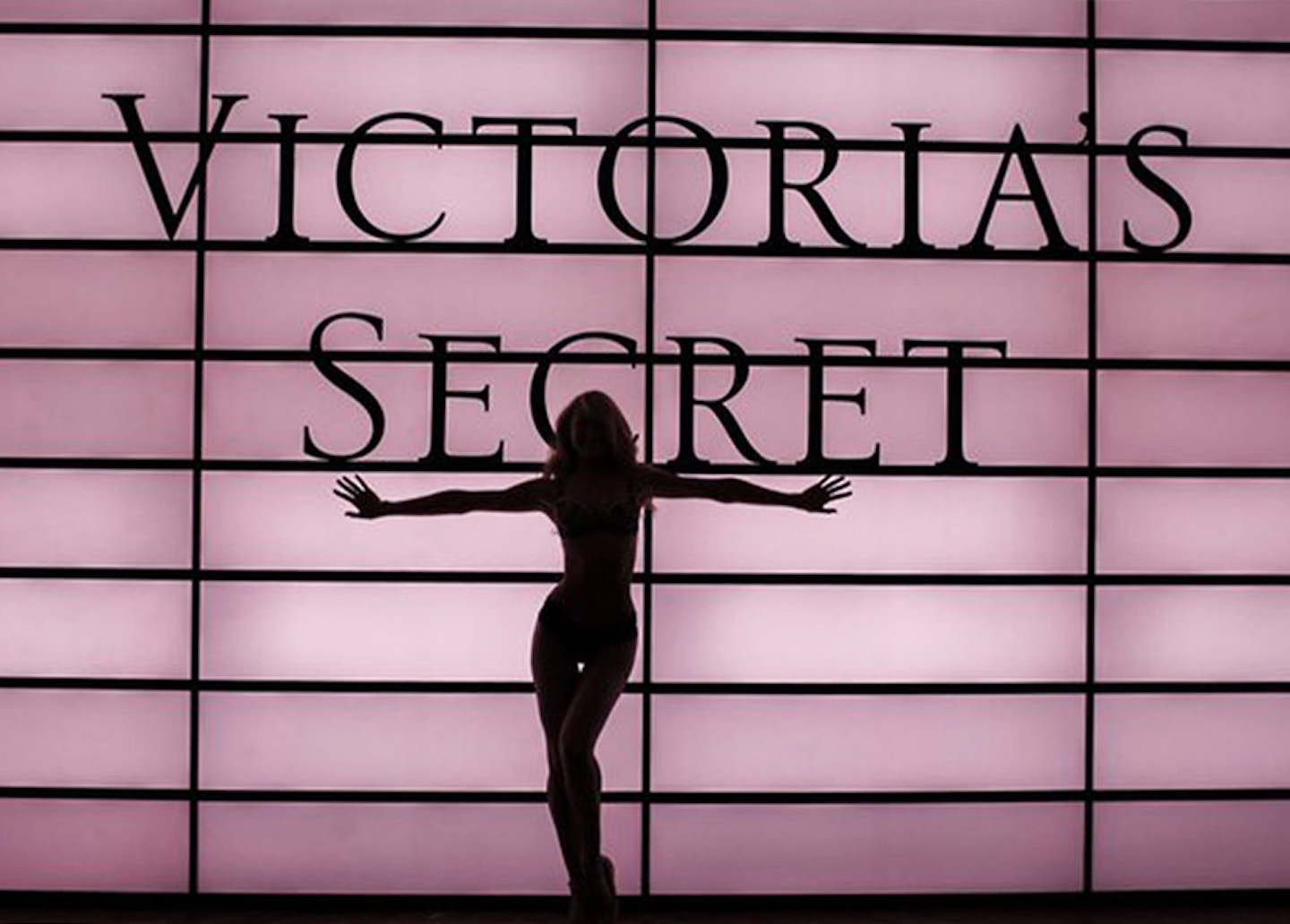 Today is supposedly the “superbowl of fashion”. Not the Met Gala, nor the catwalks of Paris, but a bustling stage full of lingerie models in whimsical creations designed to sell mall-brand underthings. Over the past couple of decades, the media has largely built up the success of this company and transformed it into a household name, with the owner of the company, Leslie Wexner worth a reported $6.2 Billion. His company, L Brands, which owns both Victoria’s Secret and La Senza (aka Victoria’s Secret’s neon, Canadian sister) control 41% of the $13.2 billion lingerie market in the US alone. While the company and brand continue to expand in North America and abroad, their brand image becomes more and more entrenched into society and fashion’s fabric. The brand has had an exceptional, unparalleled run in this market, but the bigger they are, the bigger they fall. Read on to see the top 5 reasons why Victoria’s Secret isn’t cool anymore.

Yes, Victoria’s Secret does have a massive e-commerce presence, but several years ago, there was a status symbol associated with walking around the mall in PINK sweats and carrying a little pink striped bag. Despite the trend away from brick-and-mortar stores, L Brands opened over 50 Victoria’s Secret stores last year. The online business accounts for $1.5 Billion of annual sales, but just looking at the messy, online catalogue gives anyone a headache. It’s difficult to navigate, and neglects to feature models with larger breasts (beyond a B-Cup) to show off the bras (more on this later).

While the company has finally started to service international customers, including Canada with flat rate shipping and free shipping over a certain amount, the website focuses on highly photoshopped catalogue images instead of storytelling, also devoid of any fashion styling as well.

By focusing on physical store expansion instead of e-commerce, the brand is going completely against the grain of retail trends, and eventually this flaw will catch up with them.

An example of a recent Victoria’s Secret photoshop fail

There have been too many photoshop scandals to count. One brand, Aerie, the lingerie offshoot of American Eagle Outfitters, directly addressed the image-skewing at VS by creating campaigns and shopping bags with real girls and celebrities like Emma Roberts complete with the slogan “The Girl on this Bag has not been photoshopped.” This brand is opportunistic and is creating a relatable image. Young women can actually see themselves in their lacy bralettes and cute flannel shorts, instead of feeling “aspired” to a size 0 Amazonian bombshell who’s societally perfect to begin with, but has been morphed and sculpted into a bronzed goddess on a beach. These women are not real, and as the controversies pile up, eventually, people will get fed up.

Victoria’s Secret has a huge upmark on lingerie for a mall brand. Most bras come with pricetags over $60 in Canada, and are all made overseas in Asia. In 2006, it was reported that VS paid Thai workers a mere $7 a day. While this isn’t news for any mass-market company producing overseas, it’s important that customers have options and the opportunity to support local or equitable manufacturing processes.

Greenpeace commissioned an investigation in 2012 on the use of hazardous chemicals used in high street fashion. The investigation alleges that VS panties contain toxic chemicals that might mess with your fertility. While it might seem a little bit far-fetched, imagine wearing nothing but this type of fabric for 20+ years. VS pledged to eliminate hazardous chemicals, including phthalates, from their products by 2020. No updates yet.

Not only that, many of the products actually aren’t supportive. This article explains how the fit of VS products are counter-productive to their purpose of holding girls up. Their sports bras are push-up, and squash breasts into contortions to create the appearance of cleavage at the gym. A bra still has a utilitarian function in a woman’s closet, and VS neglects to address the comfort and support aspect with their roster of “sexy” bras.

The average bra size in the United States is now 34DD. It used to be 34B merely 20 years ago. Interestingly, most of the models in the Victoria’s Secret show tonight hover around a 34B bra size, including Lily Aldridge who has the honour of wearing this year’s Fantasy Bra. (Actually, many sites seem to list her as a 32B, Wikipedia lists her bust size at 33, but it’s close enough).

When you walk into a Victoria’s Secret store, their sizes run from 32A to 36DD. They don’t offer 38 band sizes, nor do they offer smaller 30 band sizes or AA for smaller cup sizes, and if you’re larger than a DD cup, you’re straight out of luck. The selection available in DD is dismal, and many of those bras are packed with push-up padding and lack thick straps for support.

Also missing from their lineup are options for women post-masectomy, or postpartum nursing bras. Victoria’s Secret is neglecting to service a huge segment of the population, who would eagerly spend money on lacey, overpriced lingerie. It’s frustrating enough to shop for a bra, never mind going into a store and finding that you don’t fit into a brand’s spectrum of sizes.

A decade ago, a shitstorm happened when Abercrombie & Fitch CEO, Mike Jeffries basically said fat people aren’t cool enough to wear Abercrombie… look where that brand is now. Once the mall brand for the it-girls of high school, most millenials wouldn’t be caught dead in something emblazoned with an embroidered moose.

While exclusivity is good for a brand image, eventually, it will always lose its luster as another image of “cool” takes over. In the meantime, VS is purposely excluding a huge segment of shoppers by simply not catering to their product needs, and their Lovespell-scented bras might go the way of a Fierce-scented tank top.

Probably the biggest asset Victoria’s Secret has are their Angels. These genetically blessed superhumans (hence the name, Angels) are the face and soul of the brand.

Probably the coolest thing about the fashion show tonight is including body-positivity/social media superstar Gigi Hadid as an Angel, along with her even more popular sidekick (and ex-step sister), Kendall Jenner. That, and musical performances by Ellie Goulding and The Weeknd are easily the most noteworthy aspect of the show.

This year’s roster of Angels.

Every year follows a series of themes with incredible couture-like creations showcasing the $60 bras and $10 panties. It’s all excess and fantasy. How cool would it be to see a minimalist approach, or athleisure being part of the fashion show? The reason why is that the VSFS is NOT a fashion show. It’s a massive media production and we all (including the writer of this blog post) cover it, garnering the brand with free publicity. While the show’s production doesn’t come cheap, the amount of free press they get is staggering.

Back to the Angels… each and every one of these women are undeniably beautiful, by any standards. Despite NOT having a typical lingerie model frame, the unforgivable aspect of the Angel omnipresence is how the brand sexualizes teenagers.

This year is Adriana Lima’s 16th year walking the Victoria’s Secret Fashion Show catwalk. Her first show was in 1999 at the ripe age of 18. Karlie Kloss, now a retired Angel debuted on the VSFS runway in 2011 at only 19. This year, Taylor Hill is the youngest model at 19. It’s slightly unsettling that a spectacle so sexualized prominently features young models who can’t even drink yet. And the effects of keeping up with the demands can be staggering. Former VS model Cara Delevingne, who has suffered from depression and anxiety from her modelling career, debuted for VS when she was 20 years old at the time. Youth is paramount to the Angel image, and the few Brazilian standouts approaching their mid-thirties are the last holdouts.

Of course the VS Angel body is a constant topic in the fashion and media world. We hear crazy stories about models not drinking water before the show for fear of bloating, or giving up solid foods a week before the show. And the worst part is that media gives these troubling practices the mouthpiece. Following the show, social media is rife with people proclaiming: “I feel so fat after the VS fashion show!” The fact that airing this show alienates viewers is problematic. We should feel inspired and empowered by these women! Why not show more of how Adriana Lima is a badass boxer? Or how Behati Prinsloo is a gifted photographer? Instead, we focus on the sinewy leg mustles and perfectly blown out hair.

As consumers move away from typical mall fashion and flock to both ends of the spectrum – luxury or mass-market high street options, VS is caught in the middle. With an aging brand image premised on Photoshop-enabled “Angels” and sweatpants obnoxiously emblazoned with PINK in all caps, it’s time for consumers to discover new lingerie options that cater to the public’s need for comfort, style and support, and without feeling alienated and inferior by portraits of models hung in a change room.