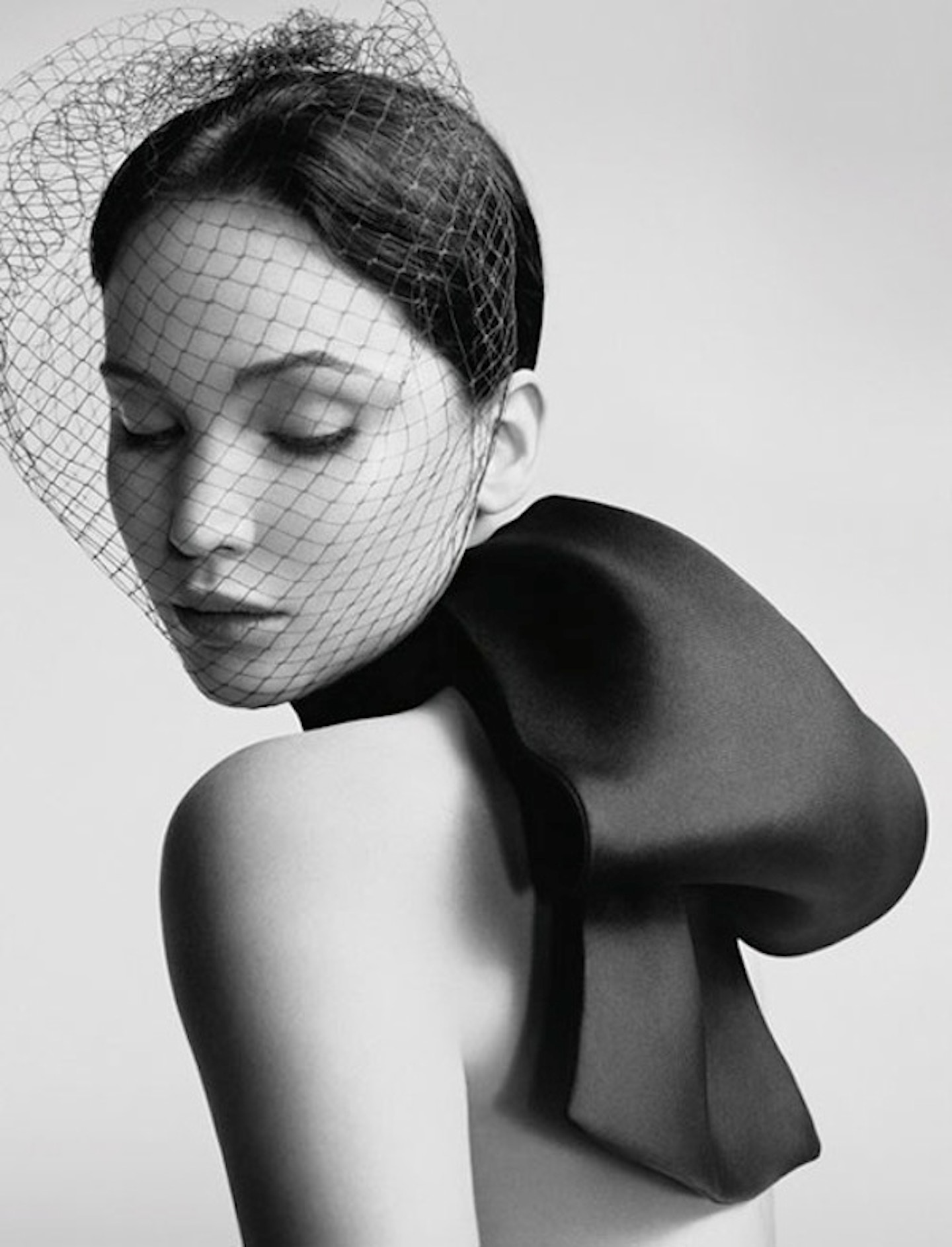 I’ve always been a fan of Jennifer Lawrence. From her witty, self-deprecating sense of humour in interviews, to her fierce and sexy wardrobe choices, Miss Lawrence is a force to be reckoned with in Hollywood. Finally, she has garnered the attention of a fashion house, and joined the company of other Dior A-listers like Natalie Portman, Marion Cotillard and Mila Kunis. Yesterday, the French fashion house released the first set of images from her campaign for the Miss Dior handbag.

Lawrence looks glamourous and feminine in these shots by Willy Vanderpere. She evokes a vintage glamour, and forgoing her lucious blonde locks in these images adds to the surreal effect. We’re not used to seeing Jennifer Lawrence like this, who is usually on magazine covers with her blonde mane windblown, and her face emitting a sexy pout. I love the serenity and mature look she has in these images. It’s as if she’s come into her own, and these photos truly show her versatility as both an actress and celebrity.

While I’m not crazy about the necklace shot, giving her an abnormally long neck… I’m in love with the simple makeup and striking red lip on the left. I have a feeling her style might go in a more mature and retro-inspired direction. I can’t wait to see what she wears on the red carpet tomorrow at the Academy Awards.

Images via Refinery 29, Courtesy of Dior.