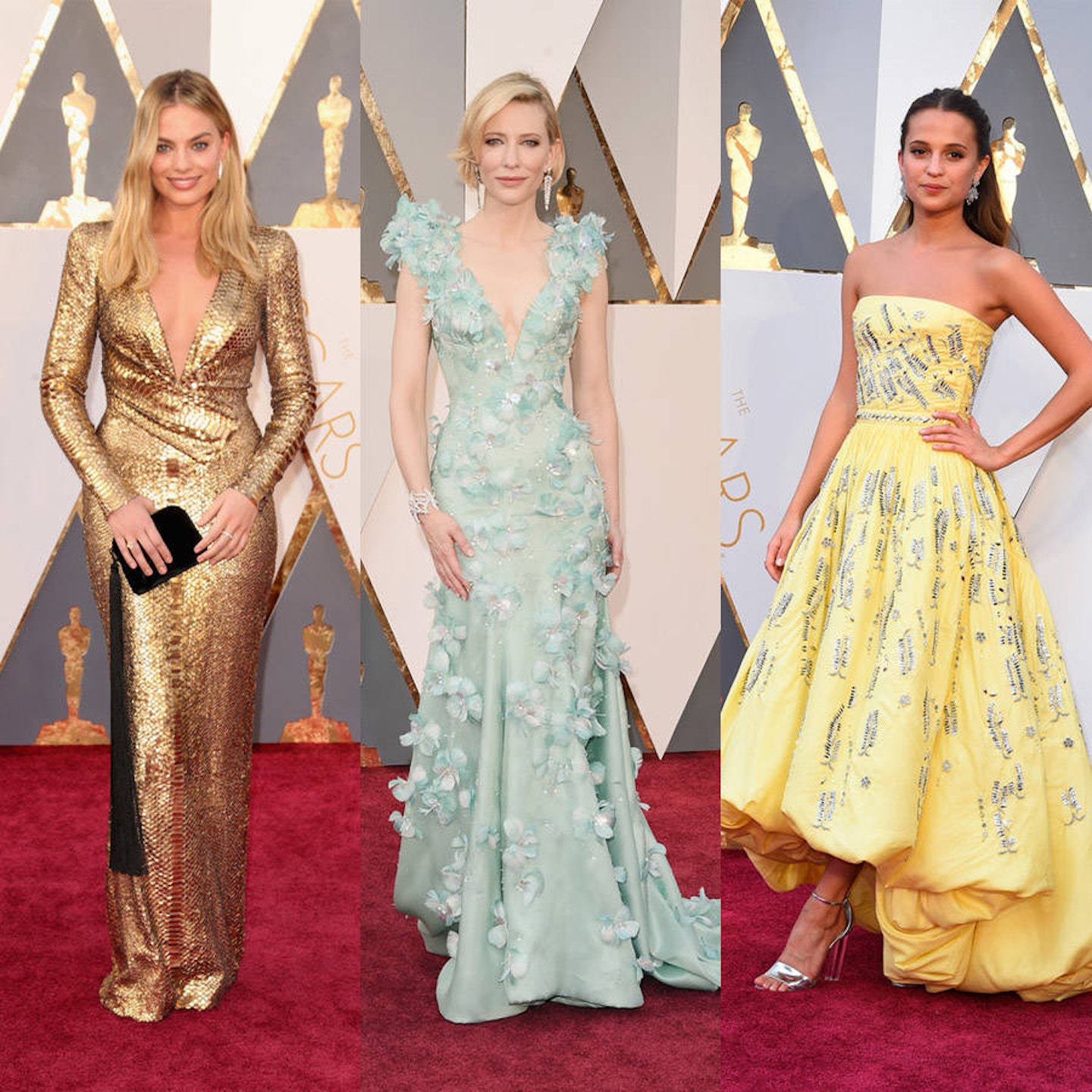 So last night, Leo finally got his Oscar. That was the highlight of the night amidst that snoozefest four hour affair. Of course, I wanted to share my best and worst dressed picks from the Oscars 2016 red carpet.

6. Olivia Munn brought on the sexy in a sleek tangerine look. I love that she matched her lips to the Stella McCartney dress and kept it simple with the hair.

5. Cate Blanchett looked like a fairy princess in this seafoam dream by Armani Privé.

4. Chrissy Teigen was a hot mama in Marchesa last night! I love the way the embroidery compliments her bump, and that tulle train with embroidery is so beautiful.

3. Margot Robbie was a gilded goddess in this Tom Ford gown. I think she will kick off a new trend with that tassle clutch.

2. Lady Gaga looked gorgeous in this custom Brandon Maxwell gown. I love the old Hollywood feel of the white and bustier, but the pants make it feel so modern, so Gaga. Her performance was my second favourite part of the evening.

1. Best Dressed was hands down Charlize Theron. The plunging red Dior gown made her look like a winner, even though she was robbed of a nomination for her role as Furiosa in Mad Max. It also doesn’t hurt that she’s wearing a whopping $3.7 million worth of Harry Winston jewels.

5. Jennifer Lawrence took her devotion to her role in Joy to the red carpet by donning this Miracle Mop dress by Dior.

4. Rachel McAdams wore this wrinkly, ill-fitting emerald gown by August Getty Atelier. I really did like the styling though, with the sleek earrings and hair and Stuart Weitzman Minimalist sandals.

3. Olivia Wilde tried to channel a roman goddess with this Valentino gown, but instead channelled Venetian blinds.

2. Kate Winslet was last night’s best BFF cheering on former cast mate Leo, but needed more moral support in this baffling Ralph Lauren gown. The shiny look of the fabric is really distracting and the dark colour washes out her fair skin and hair.

1. I feel like Heidi Klum is TRYING to be on the worst dressed lists to stay relevant. Bad dresses should not happen to beautiful people and this Marchesa one is an abomination! The colour is sooooo wrong, it feels like something a flower girl would wear, or a tacky 1980s prom dress. The one, pouffy long sleeve makes absolutely no sense, while the peakaboo cleavage adds insult to injury. Ombre has been dead for a few seasons now and the different coloured tulle reminds me of a DIY Pinterest tutu project.