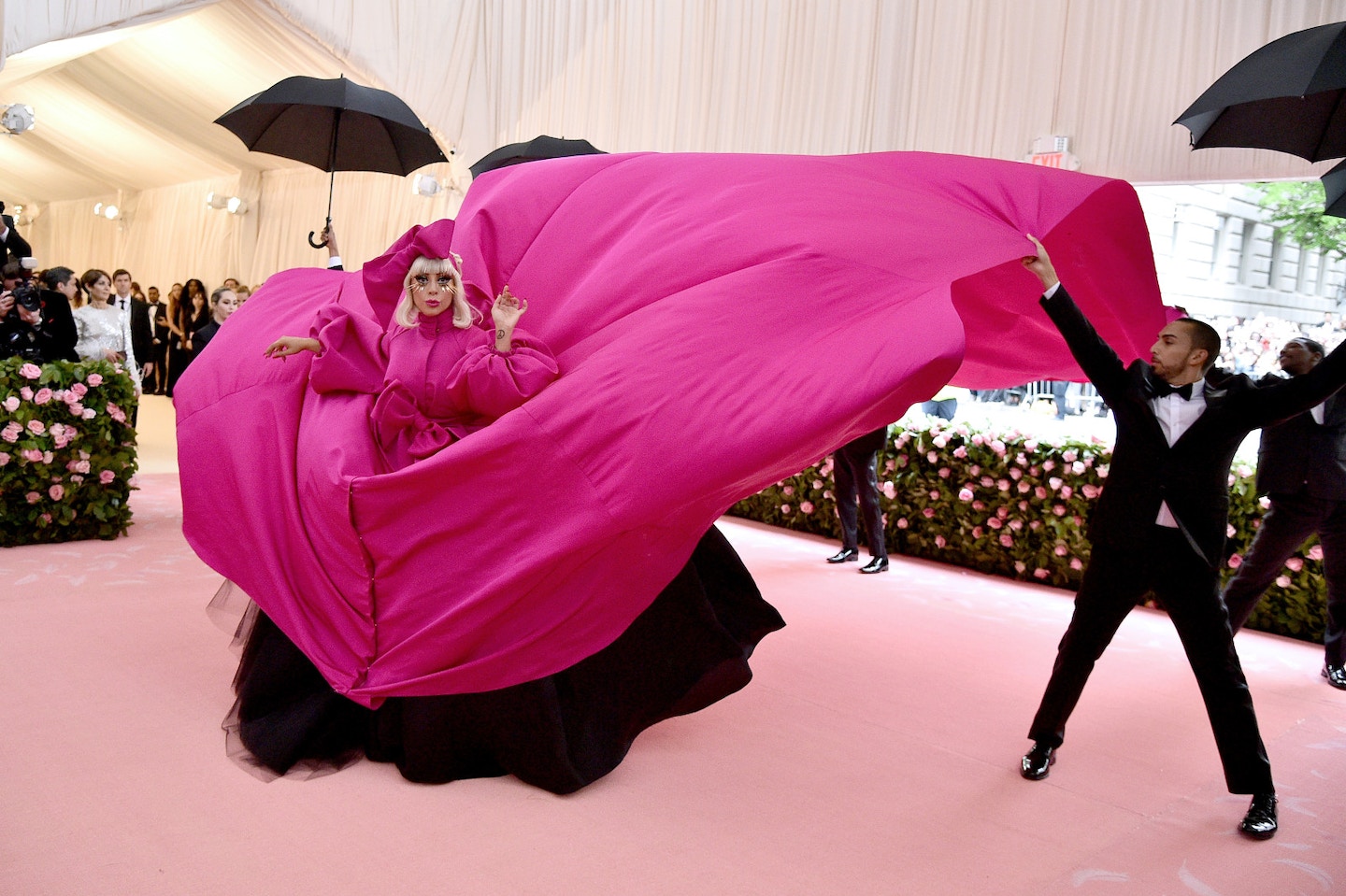 The 2019 Met Gala Camp edition brought out all the feathers, sequins and mannequin heads. This year’s theme for the exhibition (yes, it’s not just a party) was Camp. Many were confused by the theme, but camp aesthetic is known for its irony, exaggeration and vulgarity. Taking something beautiful and making it extreme. The camp aesthetic was also championed by drag performers and POC. There were many great displays of camp style at the 2019 Met Gala, as well as many celebrities who were too reserved or missed the mark. Here are my picks for best and worst dressed at the 2019 Met Gala.

Michael Urie pulled off the classic half-man-half-woman look by Christian Siriano. When I think of camp dressing, I definitely see this.

Everyone was fawning over Gaga’s gown, however this quilted feather dress by Thom Browne is so gorgeous.

I cannot stop looking at Kim Kardashian’s Thierry Mugler dress. It defies all logic, just like camp, accentuates her cartoonish silhouette and feels like a couture wet t-shirt contest. I adore it. Now Kim, get back to studying…

Emily Ratajkowski referenced a camp icon, Cher with this incredible gown and headpiece.

Celine Dion in Oscar de la Renta. She looks like she stepped out of an art deco Erte painting, however there’s still a refined elegance about this look. It doesn’t try too hard and she looks incredible.

Wowza. Kendall and Kylie Jenner looked absolutely dynamite in these Versace feathered frocks. It also seems like the Jenner clan has done their reading, as the essay Camp: Notes on Fashion by Susan Sontag specifically states that “Camp is a woman walking around in a dress made of three million feathers.” Except here, we have two women.

Billy Porter stole the show in this Cleopatra look blending Elizabeth Taylor and Diana Ross as references. He came in carried by shirtless men, so he wins.

Janelle Monae’s Christian Siriano surrealist creation stole my heart as this year’s best dressed look at the 2019 Met Gala. I absolutely adore the concept of this look and how it captures the theme so well… it’s also something Janelle might wear in a press stop or music video, which makes it even better. It’s not aware it’s camp, but the exaggeration and strong aesthetic make this a strong example of this year’s Met Gala theme.

Worst Dressed at the 2019 Met Gala

Halsey wore a red Prabal Gurung dress, and it’s just not doing it for me. Her tan is very dark and her hair is very long, the armbands have a vague Wonder Woman vibe, but it’s not quite there.

Sorry, but Katy Perry’s Moschino look just isn’t lit. Lumière, but make it fashion. There’s nothing ironic about this look, it’s just taking a theme to the edge. I actually preferred the hamburger she wore later that night.

Kris Jenner did not match her daughters’ killer looks in this Tommy Hilfiger look. It’s all just a bit suburban Dallas housewife for my liking.

Mary Kate and Ashley Olsen came out of hiding to make everyone yawn in these matching vintage Chanel dresses.

James Charles wore this safety pin Alexander Wang look that was neither campy nor gala-worthy. One question – as a beauty guru, why does he have flashback!? Disclaimer: I’m biased as I’m team Tati.

Caroline Trentini must have gotten the theme wrong. It feels like the scene in Legally Blonde or Bridget Jones’ Diary where they show up in bunny getups.

Harry Styles was one of the co-chairs for the 2019 Met Gala and I’m extremely disappointed with this flamenco-inspired Gucci look. Go into any tourist bar in Barcelona and you’ll find a guitar player dressed like this.