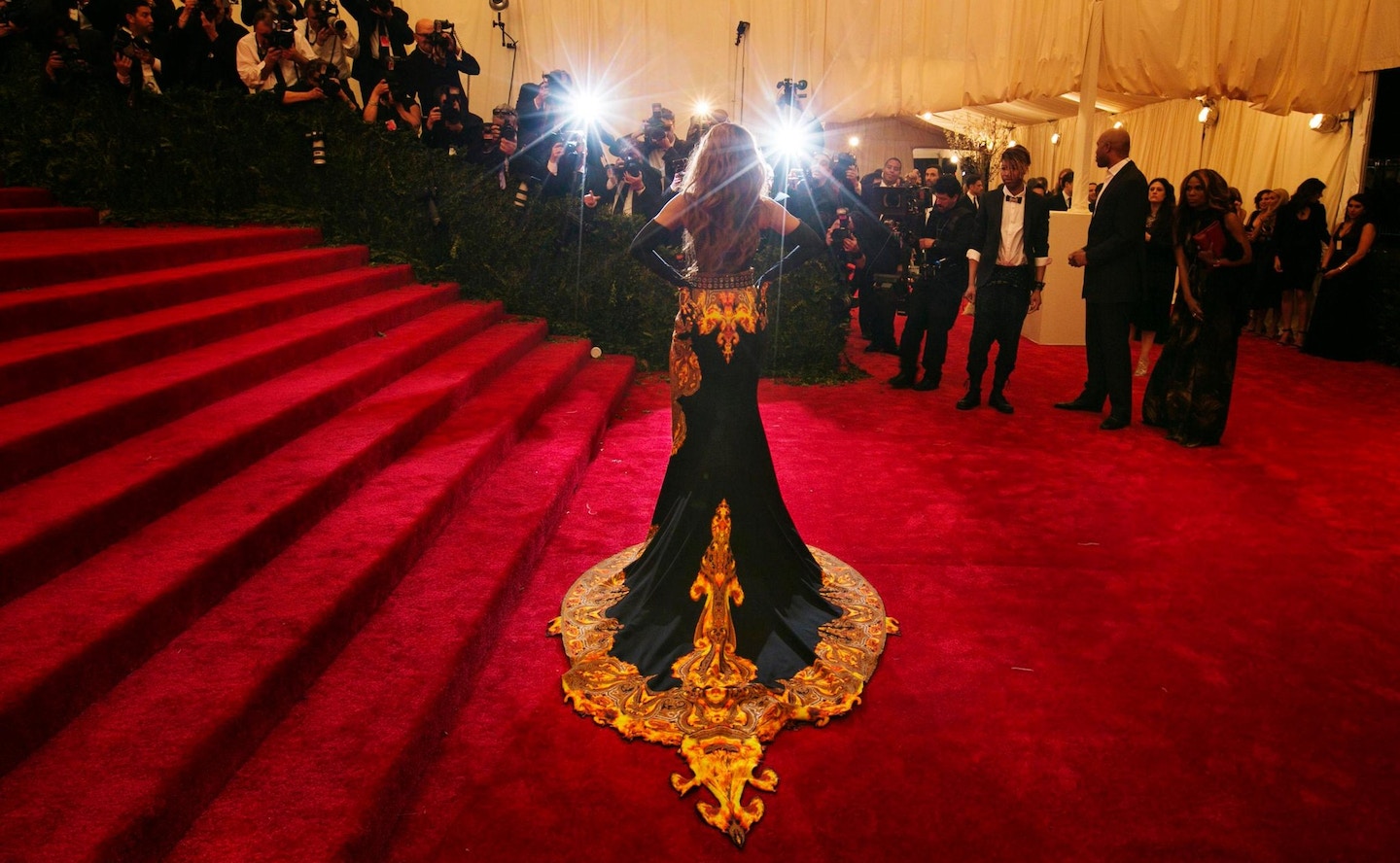 It was fashion’s biggest night as celebrities, models and fashion industry’s elite walked down the red carpet at the 2013 Met Gala. The theme of the night was punk, in honour of the new exhibit: PUNK: Chaos to Couture. While I was hoping for models in mohawks and Vivienne Westwood, we mostly got tame actresses in red and plum-coloured lace gowns (snore). Some took the theme too literally (read: Miley Cyrus), while others matched the theme of the night perfectly. Here are my picks for the best and worst dressed stars of the night.

5. Gisele Bundchen looked great in a black mini by Anthony Vaccarello featuring ring details. I loved the integration of metal hardware, it’s punk without being too out there for the model. Her pose also adds to the rebellious spirit of the night.

4. Cara Delevigne is a style star in her own right, and looked like a little punk who didn’t give a f— last night. Which was perfect. Loved her grimy makeup and hair, and all the spikes on her Burberry dress.

3. Anne Hathaway debuted a new blonde do last night. I actually love her new hair, as it softens her strong features. The dress is vintage Valentino from 1992 and so perfect for the night with the sheer panels, cutouts and feather cuffs. If only she wore something like this to the Oscars a few months ago!

2. Rooney Mara stunned in a white Givenchy creation. I love the cascading lace and ruffles and the elegant silhouette. She looked like a white goth with her dark hair, powdered face and stunning plum lips.

1. Sarah Jessica Parker looked like a punk godess in a Giles Deacon dress and her custom Phillip Treacy hat, which took weeks to make by the milliner. The dress was dramatic, artful and definitely the perfect balance between chaos and couture.

And now… for the worst

5. Marion Cotillard in Dior. This might be a controversial pick, but I just don’t get it. This look is great for a premiere of a movie, not a night celebrating the history of rebellious fashion! The pastel tones are blah and overdone, and I absolutely hate the pop of yellow peeking out from beneath the skirt. Such a disappointment from the French beauty.

4. Katy Perry took the theme TOO literally in this getup by Dolce & Gabbana. The crown, the print, it’s a byzantine flop. She was emulating Joan of Arc, but this look should be burned at the stake.

3. Kim Kardashian showed up on baby daddy Kanye’s arm last night, after reports she was banned from the event. The reality tv show person (I refuse to say she’s a star) decided to wear a floor-length floral gown. Aren’t you 6 months pregnant? Great decision Kim K.

2. Madonna almost clinches the top spot with a plaid studded blazer, fishnet, hot pink heels, garter tights and an awful wig. I’m ashamed to admit that this look is Givenchy by Riccardo Tisci.

1. Miley Cyrus debuted a new do – frosted tips a la 90s boy band… and she re-wore a dress by Marc Jacobs worn by Kate Moss two years ago! It’s the Met Gala for pete’s sake! Get a new dress! The look is definitely punk, but more like a Halloween costume than a genuine interpretation.